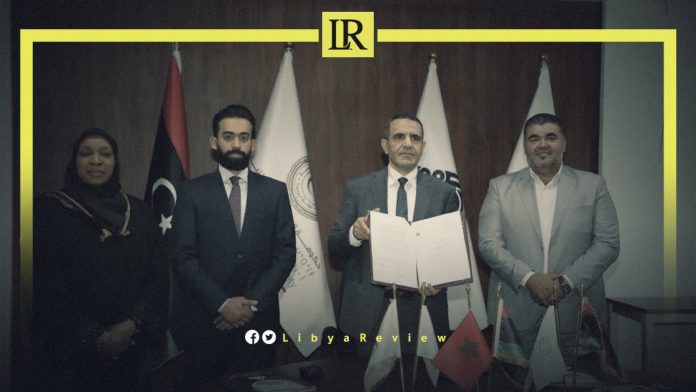 The memorandum includes the exchange of information and data on investment opportunities in Africa and Europe. The Authority aims to enhance its role in the investment sector in the region, attract foreign companies to Libya, contribute to the diversification of the economy, and the localization of industries.

Governmental institutions in both countries, alongside private companies, are seeking to restore and coordinate trade and investment cooperation after years of interruption.

The meeting was attended by the Director-General of the Tunisian General Services Company. Al-Shawash encouraged them to expand their operations in the Libyan market

The two sides discussed the possibility of restarting out of service factories in Libya, with the participation of the private sector. In order to implement the authority’s plan to develop and strengthen the economy, promote investment, and provide job opportunities.