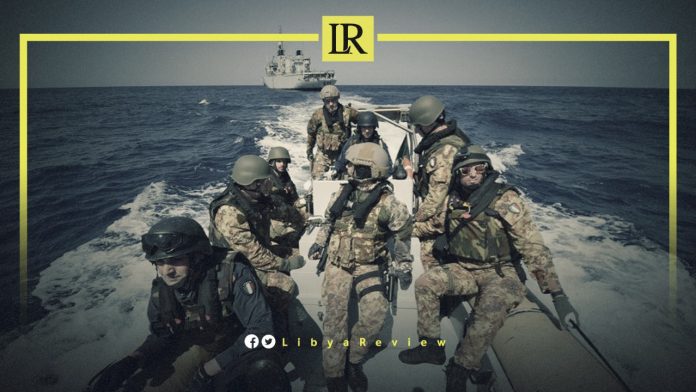 The European Union Naval Force’s Operation IRINI has investigated over 6,200 ships, conducted over 250 “friendly approaches,” and inspected 22 questionable boats in its two years of operation.

This is part of its mandate, to ensure that the UN arms embargo on Libya is enforced.

Aside from maritime missions, ships and sailors frequently monitor transit activity at 16 Libyan ports and oil facilities, and 25 airports and landing strips. IRINI’s command has delivered 35 reports to the UN panel of experts, established to oversee violations or potential violations of the arms embargo.

According to a statement, Commanders for the operation are allocated on a six-month rotation by Italy and Greece. These also provide the flagship, and backbone of embarked headquarters staff.

Speaking at the change of command, Rutteri said: “Operation IRINI has been active in the central Mediterranean for two years. Adding to Operation Sophia (2015/20) this marks seven years of EU engagement in this critical area. Against a backdrop of continued political and security instability in Libya, IRINI’s mission is an invaluable tool for Europe to monitor and disrupt illegal activities at sea and in the air off Libya.”