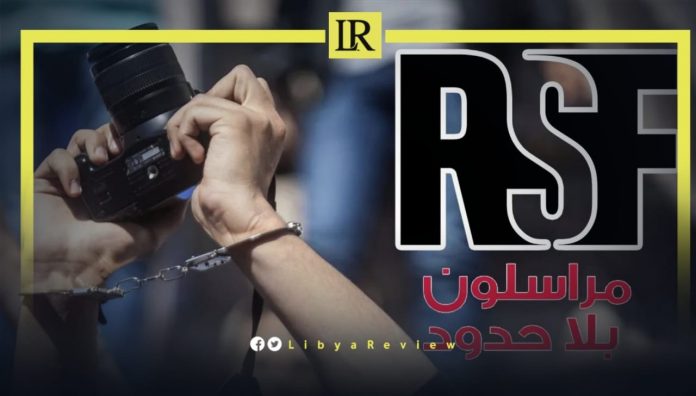 Reporters Without Borders has stated that “Libya needs laws that guarantee freedom of expression and the safety of journalists.”

The non-profit organisation pointed out that despite the passage of more than ten years since the February revolution in Libya; “the political, social and economic environment is still unstable, especially in light of the continuing power struggle.”

It added that the actions of armed groups in Libya “further aggravate the situation by destabilizing the political scene and undermine the rule of law.” Reporters wiithout Borders claimed that this “has caused losses among journalists and the media for years, as many cases of violence and intimidation have been reported.”

It explained that Libya’s “media is dedicated to serving certain parties, which encourages violence against Reporters.” It added that the security situation has deteriorated so that foreign correspondents are unable to visit, and cover events.

Earlier this month, Reporters Without Borders demanded the immediate release of the 218TV correspondent, Ali Al-Rifawi who has been detained in Sirte since 26 March.

In a tweet, the organization held the Internal Security Agency (ISA) responsible for the kidnapping of Al-Rifawi. It also discussed the difficult conditions faced by Reporters in Libya.

Previously, the administration of 218TV had issued a press release regarding the arrest of Al-Rifawi. It held the ISA in Sirte responsible for the safety of its correspondent.

“The arbitrary arrest of Al-Rifawi violates all laws of media freedom and personal freedom,” it said.

218TV called on all local and international human rights organisations to coordinate, and work for his release. It stressed that it remains neutral in covering all events in Libya, far from political quarrels, and party affiliations.

“The reporter will be subject to detention and interrogation for reporting on the work of the Sirte municipality,” the Commander of the ISA told his relatives, according to 218TV.

“His reports have inflamed public opinion in Libya,” he added.