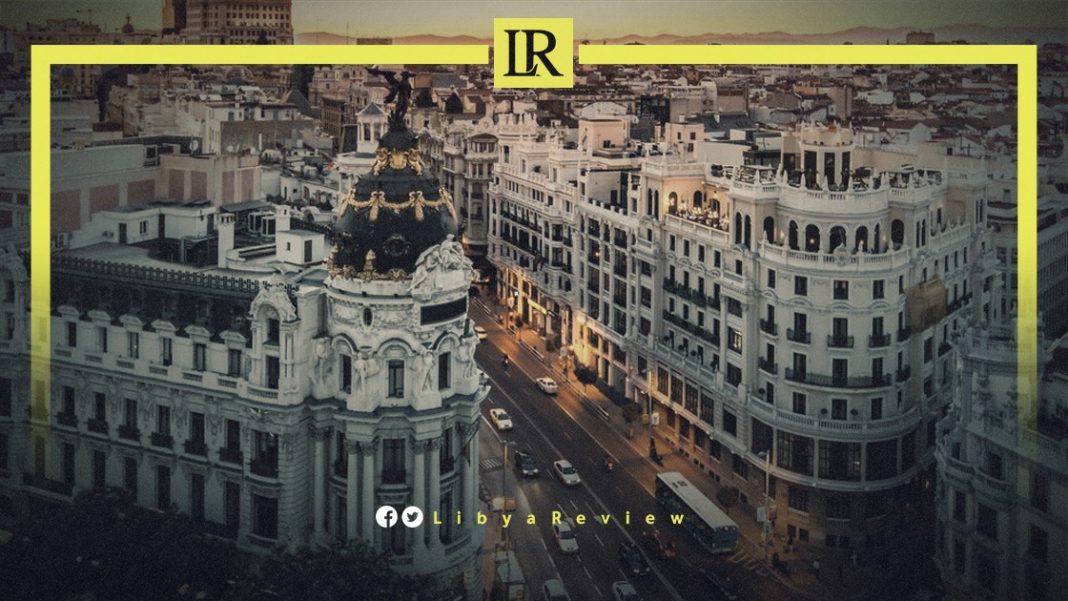 The correspondent of the Ean Libya in Madrid stated that preparations are being made to hold a meeting under the supervision of the European Union (EU) and the United Nations (UN), in the Spanish capital, on Monday, at a high level.

The meeting will be attended by the member of the Presidential Council, Abdullah Al-Lafi, the Ministers of Interior and Labour, Chief of General Staff Lieutenant-General, Mohamed Al-Haddad, and some officials and general managers of the cabinet of the Government of National Unity (GNU).

A meeting will also be held on the sidelines of this meeting with the 5+5 Joint Military Committee (JMC).

The Ean Libya correspondent indicated that the invitation was sent to the Chief of Staff ofthe Libyan National Army (LNA), Lieutenant-General Abdel Razzaq Al-Nadori, to participate in the meeting. However, his participation has not been confirmed so far.

According to Fawasel Media, the meeting discussed cooperation between Libya and Spain with respect to “illegal” migration, combating terrorism and organised crime, money laundering, protecting antiquities, and the granting of visas.

In March, Libya’s Prime Minister-designate, Fathi Bashagha, met with Larrache in Tunis. They discussed the latest developments in Libya’s political situation, stressed the need to avoid violence and support peaceful and legal solutions.

They affirmed the need to hold parliamentary and presidential elections within a specific date, Bashagha’s media office said.

Bashagha also confirmed the “great relations with Spain” and the possibility of working together in various fields, such as energy, counter-terrorism, combatting organised crime, agriculture, water security, and others.