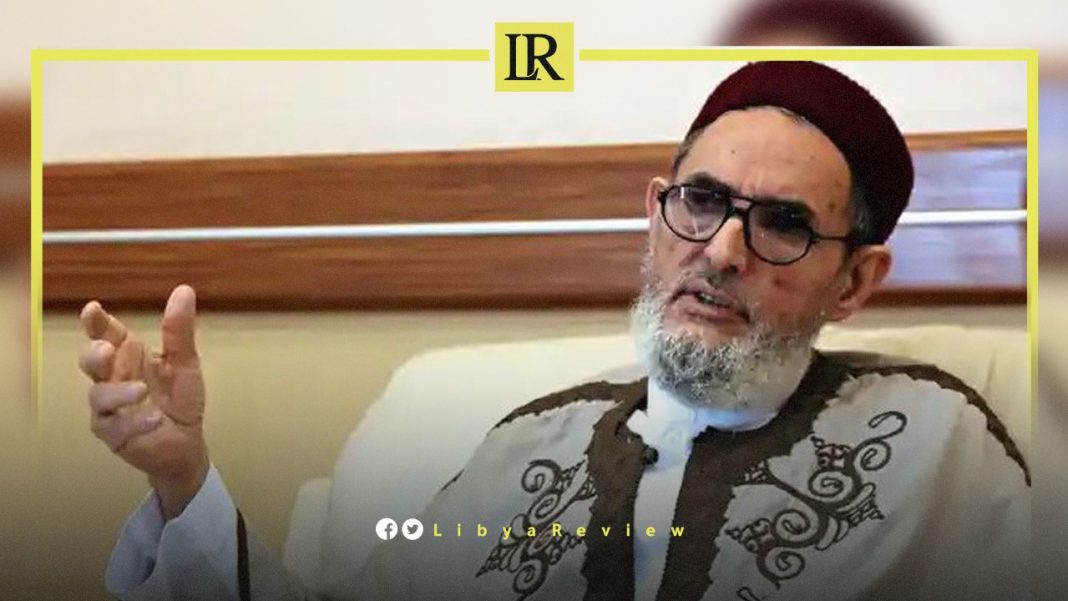 Since the 2011 uprising against Muammer Gaddafi’s 42-year rule, Libya has witnessed the most challenging period in its history.

For over a decade the country has lacked security and stability, with extremist groups emerging in the resulting chaos. The Libyan National Army (LNA) began a counter-terrorism campaign in 2014, and laid claim to large parts of the east and south of the country. The west, with the capital, Tripoli remains under the tense control of varying militias, and their international backers, led by Turkey.

The most prominent figure who has ignited strife, incited murder and violence, and issued bloody fatwas, was Libya’s former Grand Mufti, Sadiq Al-Ghiryani.

Al-Ghiryani had a main role in destabilizing Libya through collusion with foreign powers. He incited young people to violence, and facilitated foreign agendas to the detriment of the country.

He has repeatedly called for boycotting a number of Arab countries, and demanded the Libyan people not to perform Hajj or Umrah in the Kingdom of Saudi Arabia (KSA). Al-Ghiryani also described those who do business with the UAE as “Kufaar.

Al-Ghiryani also called for the killing of members of the Libyan Army, after military operations against extremist groups. He played a pivotal role in supplying and transferring weapons to militias to fight against LNA forces.

The former mufti was born in 1942, and worked as a university professor at Mohammed bin Ali Al Senussi Islamic University since 1970. He was appointed as Grand Mufti of Libya in February 2012, but was dismissed in 2014. He also heads the Tanasuh Foundation, one of the media arms of the Extremists in Libya.

He resides in Turkey, Qatar, and Libya. Al-Ghiryani has also provided strong support to the MB, and the Libyan Islamic Fighting Group (LIFG).