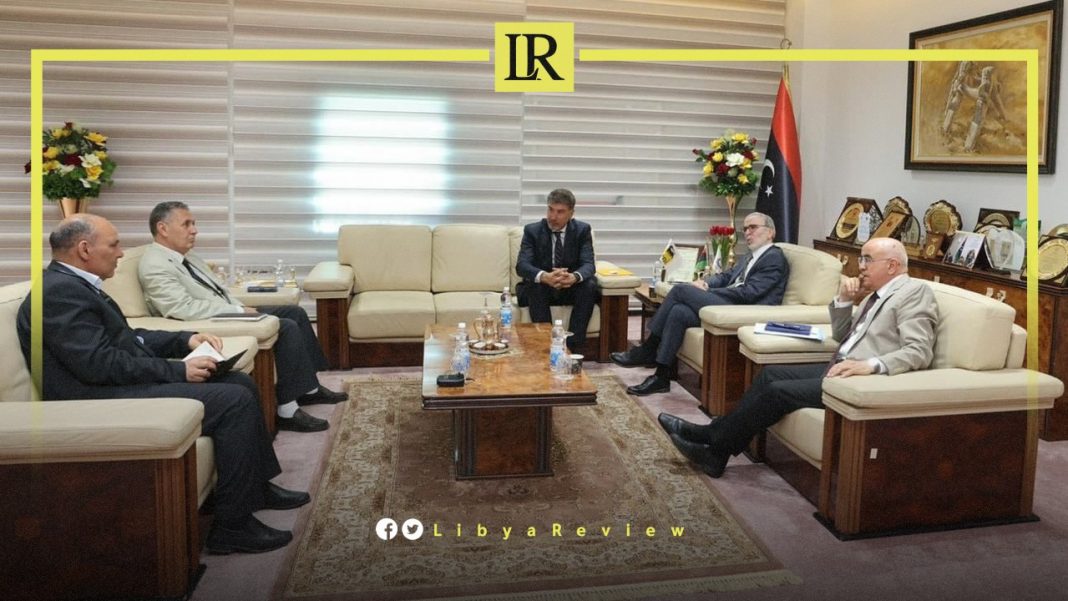 The NOC said in a statement that, “Sanalla and Baldasari discussed a number of topics during the meeting, most notably the follow-up of the workflow at the various sites of Mellitah Oil and Gas Company.”

They also discussed ways to develop and enhance joint cooperation, to invest in discovered and undeveloped oil and gas fields. They agreed to develop these fields to increase production rates, and support Libya’s economy.

Sanalla stressed that the NOC will continue to cooperate with its “strategic partner Eni,” and praised the strong historical relations between the two companies.

In turn, Baldasari affirmed that ENI is determined to continue its exploration and development activities, and “open new horizons for investment, capacity building and training in Libya.”

Since Sunday, the NOC has stopped all developmental and exploratory drilling for new wells in all Libyan fields and ports. Sanalla said the halt is due to the “delay in liquidating the approved budget for the year 2022.” He stressed the need to stop all well maintenance operations, and all major development projects, to avoid arranging any new financial commitments.

Last week, the US Embassy in Libya announced its full support for the temporary freezing of oil revenues in the Libyan Foreign Bank (LFB), until a revenue management mechanism was created.

The statement noted that the US is “prepared to provide technical assistance, as requested by the Libyan parties to help with such a mechanism.”