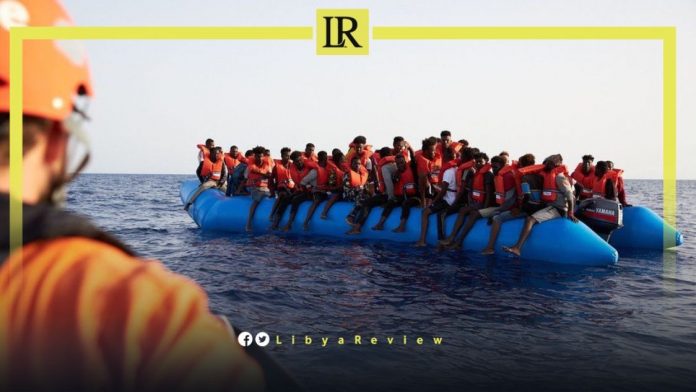 The Libyan Coast Guard rescued 64 migrants aboard a rubber boat, on their way to Europe.

The Coast Guard noted that the migrants were handed over to the competent authorities, in order to complete the procedures for their deportation to countries of origin.

Notably, last week four migrants drowned, and 17 others were rescued, after their boat capsized northwest of Libya.

Libyan Coast Guard and Port Security patrols managed to rescue the migrants, after their boat began to falter off the coast of Mellitah, west of Tripoli.

After the rescue operation was completed, the migrants disembarked at the Mellitah Point, and were handed over to the competent authorities.

It noted that the “Migration Control Agency will follow up, within the framework of its humanitarian role, the process of caring for these migrants and completing the procedures for their safe deportation to their countries of origin.”

The Libyan Coast Guard has long been accused of intercepting migrants at sea, and returning them to “inhumane” Libyan prisons. European countries, such as Italy, continue to provide financial and logistical support to them, despite the violations committed against migrants.