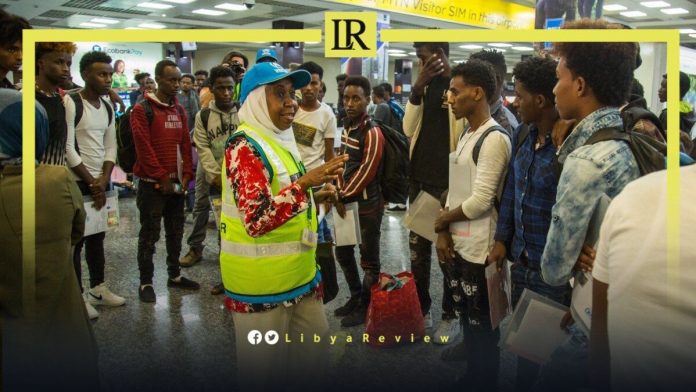 The United Nations High Commissioner for Refugees (UNHCR) has evacuated a group of 132 vulnerable asylum seekers, out of Libya to Rwanda.

In a tweet, UNHCR added that the group included children, and survivors of violence and torture.

It explained that they will remain in touch at UNHCR’s Emergency Transit Mechanism facility in Gashora, while durable solutions are sought for them.

In March, the Director of the National Human Rights Commission in Libya (NCHRL), Ahmed Abdel-Hakim Hamza said that the total number of refugees in Libya is estimated at 42,528 people.

Notably, Human Rights Watch (HRW) documented systematic and widespread abuses committed with impunity against migrants, asylum seekers, and refugees in Libya. These were by prison guards, armed groups linked with Libyan authorities, as well as traffickers and smugglers.

It called on the European Union to halt its collaboration with the Libyan authorities, including the EU-financed Coast Guard.

Between January and September last year, authorities intercepted more than 27,551 refugees at sea, and forced them back to Libya. Where they then faced inhumane detention conditions, sexual abuse, torture, forced labour, extortion, and death.

“EU policies to contain migrants and asylum seekers in Libya, through supporting Libyan authorities, make the EU complicit in the above-mentioned abuses. The EU has a special responsibility to ensure evacuations of refugees, asylum seekers, and migrants at risk in Libya, including directly to EU countries,” it said.

Oil-rich Libya has been engulfed in chaos since a NATO-backed uprising collapsed and killed longtime leader Muammer Gaddafi in 2011. The North African country has in recent years emerged as the dominant transit point for migrants and refugees fleeing war and poverty in Africa and the Middle East, hoping for a better life in Europe.