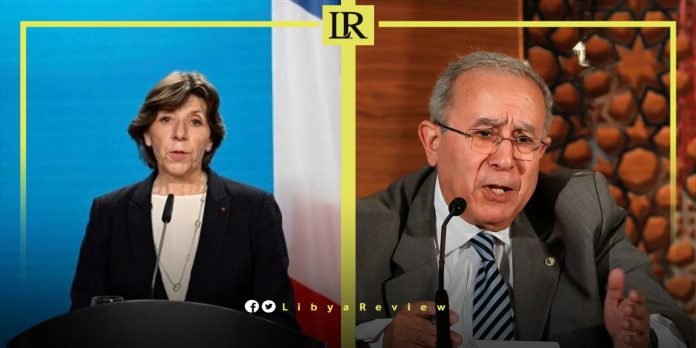 On Thursday, France’s Special Envoy to Libya, Paul Soler said that Paris will play a positive role in maintaining stability in Libya. As well as ensure a political agreement is reached between the warring parties.

During his meeting with the Minister of Foreign Affairs, Najla Al-Mangoush, the French Envoy stressed the need to hold Parliamentary and Presidential elections, based on a consensual constitutional framework.

The talks were attended by the French Ambassador to Libya, Beatrice Le Fraper du Hellen, according to a statement by the Ministry on Thursday.

They also discussed the latest political developments, and ways to enhance bilateral cooperation, and strengthen lasting stability in Libya.

Notably, Algerian President, Abdelmadjid Tebboune said that they are ready to help Libya get out of the current impasse, and achieve its stability. In a joint press conference with Italy’s Sergio Mattarella in Rome, Tebboune said they agreed to support the Libyan and Tunisian people by intensifying joint coordination to return the two countries to the “path of political safety.”

They agreed on the need to hold general elections as the only solution to restore stability. Tebboune indicated that the only way out of the Libyan crisis is “by holding prompt elections, and to give the floor to the Libyan people. This is in order to build a foundation for a democratic state.”

Libya has had two competing governments since March, when the eastern-based Libyan Parliament appointed Fathi Bashagha to replace incumbent PM Abdel-Hamid Dbaiba. This has renewed a standoff between the east and west of the country. Dbaiba, who was elected a year ago in UN-backed talks, has refused to cede power except to a government that comes through an “elected parliament.” This has raised fears that the oil-rich country could slip back into a civil war.