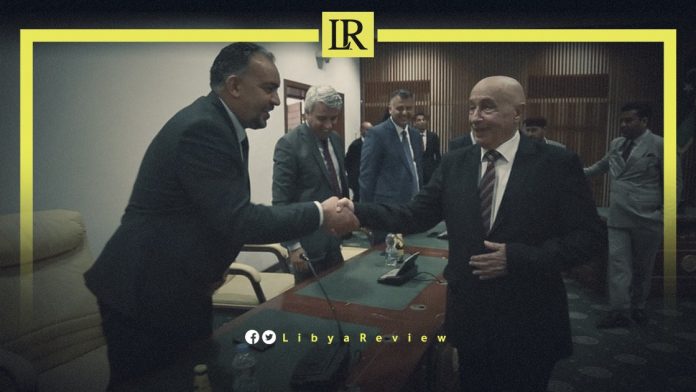 On Tuesday, the Speaker of the Libyan Parliament, Ageela Saleh met with a number of members of the High Council of State (HCS) in Sirte. It was also attended by MP’s Zayed Hadiya and Badr Al-Naheb.

The meeting dealt with the latest developments in the country, especially the political and constitutional tracks.

Notably, Member of the Libyan Parliament Talal Al-Mihoub denounced the motion submitted by Turkish President, Recep Tayyip Erdogan to the Turkish Parliament to extend the mandate of troops stationed in Libya for 18 months.

He described Erdogan’s move as “an insult to the Libyans.” He demanded the international community consider Libya as a “colony of Turkey.” “Through this, Erdogan intends to fight the Libyan National Army (LNA),” he claimed.

The memorandum signed by President Erdogan indicated that “the efforts initiated by Libya after the events of February 2011, to build democratic institutions, were in vain due to armed conflicts. These led to the emergence of a fragmented administrative structure in the country.”