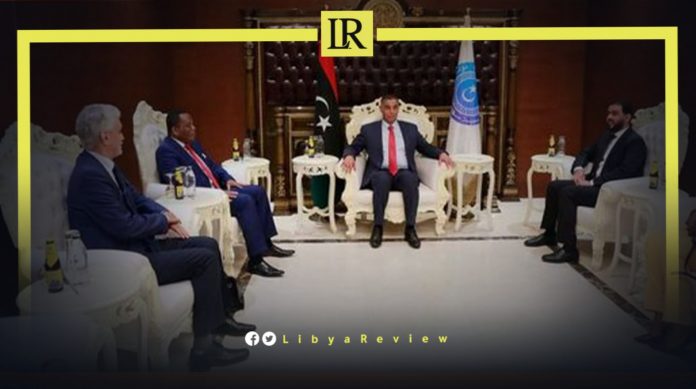 On Thursday, the Head of the African Union delegation, and Congolese Minister of Foreign Affairs, Jean-Claude Gakosso affirmed that the “legitimacy of the Libyan government headed by Fathi Bashagha is flawless.” He expressed his hope that the government would “play the most prominent role in promoting the national reconciliation that the African Union seeks to establish in Libya.”

This was during his meeting with the Deputy Prime Minister of the Libyan government, Ali Al-Qatrani in Benghazi. Gakosso and his accompanying AU delegation hailed the Libyan National Army’s (LNA) role in fighting terrorism, describing it as “the backbone of establishing security and stability in the North African country.”

He stressed that the AU has “been working for years to help the Libyan people overcome this ordeal.” He confirmed that “achieving national reconciliation is the only way to get out of all the crises that Libya is going through.”

The FM submitted a proposal to hold an inclusive conference under the auspices of the African Union. This would include all Libyan parties, to discuss an electoral process that would result in a legitimately elected government.

In turn, Al-Qatrani praised the AU’s positive role in supporting the stability and democracy of Libya. In addition to its relentless efforts to start a comprehensive national reconciliation process in the country. He noted that the Libyan government supports any initiative that leads to the stability of the country.