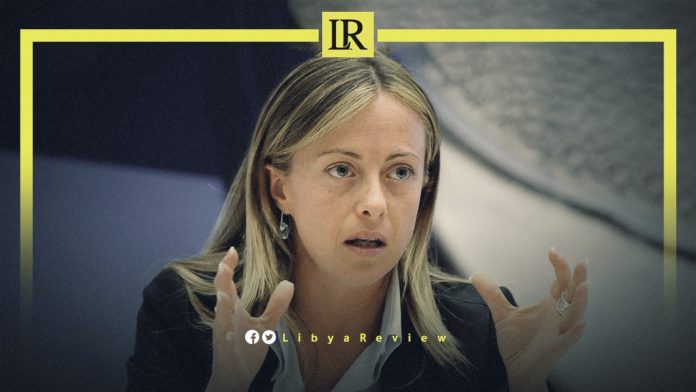 The leader of the Italian rightwing Fratelli d’Italia, “Brothers of Italy” party, Giorgia Meloni, urged for a naval blockade on Libya to stop immigration vessels from heading to European southern coasts.

In a televised interview on Friday evening, Meloni said the blockade is the only solution to the immigrants’ influx. She added that the only way to resolve this crisis is coordinate with European Union (EU) countries to activate a naval blockade off the coast of Libya.

She went on to call for first reception camps to be set up in Africa “from which to distribute asylum seekers equally” among EU member nations.

Meanwhile, the Italian Ambassador to Libya reiterated the commitment of Italy to helping Libya with the migration file through all deals and agreements, reaffirming that the new government will do the same as the old one in that regard.

The influx — while not unusual for the summer months — this year comes as Italy gears up for early elections which could bring the hard right to power.

More than 600 people attempting to cross the Mediterranean on board a drifting fishing vessel were rescued in July by a merchant vessel and coastguards off Calabria, at the southern tip of Italy.

Many of those making the perilous crossing do so aboard makeshift vessels supplied by people smugglers and are often left abandoned in the middle of the sea once the boats fail.