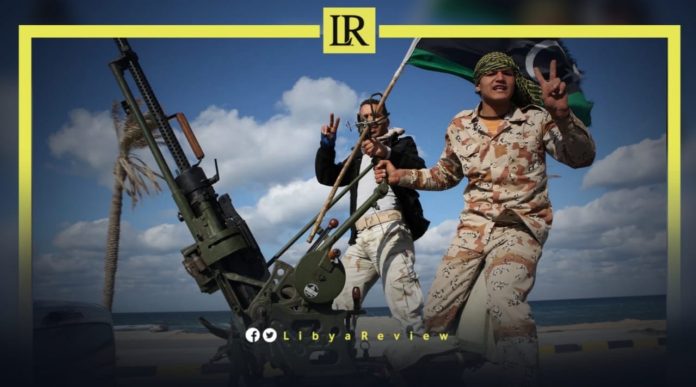 The Head of the National Commission for Human Rights in Libya (NCHRL), Ahmed Hamza said that “the crimes of militias are not subject to a statute of limitations.” He added that “justice will continue, despite attempts to capitalize on the state of impunity prevailing in Libya.”

Hamza explained that militia clashes “violate human rights and international humanitarian law. They are worsening in light of the prevailing state of impunity, and the absence of comprehensive government remedies for these violations.”

In press statements, he added that “armed formations, criminal gangs and outlaws, which have been legalized by belonging to the security services or the Ministry of Defense and others, bear responsibility for the violations and acts of violence that erupt from time to time.”

Hamza noted that, “militias do not abide by legal and procedural frameworks. They are security agencies subject to the authority of the judiciary and the Public Prosecution, and not the other way around. They are directly responsible for the failure to restore security and stability, achieve development, protect borders, and achieve comprehensive national reconciliation.”

Last month, Hamza described human trafficking as “one of the most heinous crimes and violations of human dignity.” He added that cases “have escalated in Libya during these years, due to the security chaos, lack of control over the borders, and the accumulation of migrants and asylum seekers in Libya.”

On the occasion of the International Day Against Human Trafficking, NCHRL added that this year’s topic focuses on the role of technology. This was a double-edged tool in relation to the issue of human trafficking, as it may be used to facilitate or reduce it.

“Let us work together to take advantage of the Internet and the means of communication, to mitigate the risks of victims of this crime,” the NCHRL official said.