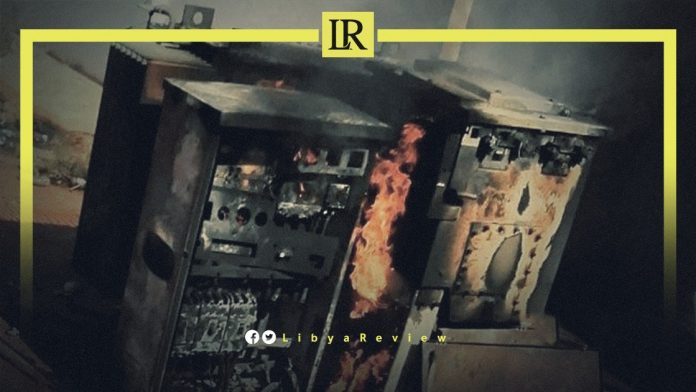 On Monday, an explosion temporarily put a power plant in Bani Walid out of operation, according to the General Electricity Company of Libya (GECOL)

In a statement, GECOL explained that a rise in energy loads and high temperatures were the main cause of the explosion. This led to the outbreak of a large fire in the station.

“No casualties were reported as a result of the explosion, it noted.

On their part, the city residents urged GECOL officials to complete all maintenance works required for the re-operation of the station.

Recently protests against political institutions broke out on almost all sides of Libya’s messy conflict. This was a result of anger over power outages and the numerous other failures of the country’s bickering factional leaders.

The largest such protest in years took place in Martyrs Square in Tripoli, where several hundred people took part. In Tobruk, demonstrators attacked the Parliament building and set parts of it on fire.

The protests were called over the electrical shortage, despite the fact that there were other issues as well, demonstrating how minor annoyances can worsen in Libya’s unstable political environment.

The grumble of private energy generators drowns out most other sounds, as they spew forth bitter smoke from their diesel engines during the sweltering summer nights when entire neighbourhoods of Tripoli tumble into darkness.

Even those who can afford generators find it difficult and expensive to purchase fuel, frequently standing in long lines. Power outages, which can occasionally last longer than 24 hours and frequently disable internet connectivity in entire districts, start to have an impact on nearly every area of daily life.