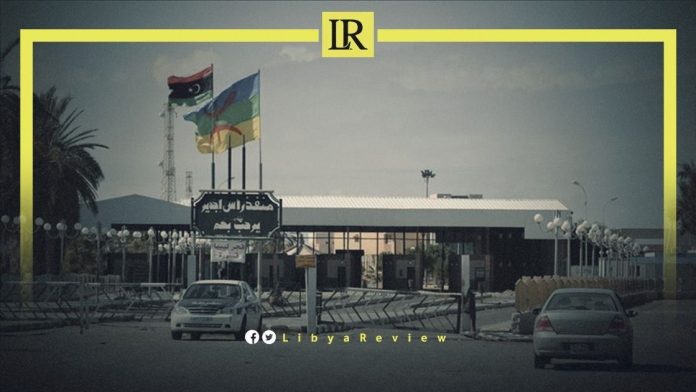 The Director of the Ras Ajdir border crossing, Salem Al-Akaak said that there was severe congestion at the crossing. He added that about 6,500 passengers cross daily, and the number is greater than the available capacity.

Al-Akaak added that the Administrative Centers Development Authority has started building four additional gates. It will take about 40 days to implement, and there are no obstacles with the Tunisian side. ‎

Last month, Al-Akaak pointed out that engineers confirmed that they would complete the design of the structural plans for the new gates, within two weeks.

In June, the Stabilization Support Apparatus (SSA), affiliated with the Government of National Unity (GNU), announced the closure of the country’s western coast, starting from the capital, Tripoli to the Tunisian border.

“The operation aims to combat illegal immigration, drug dealers, and fuel smuggling. Those who are arrested will be referred to the Attorney General within 24 hours,” the agency explained.

Tunisian security forces at the border crossing with Libya arrested two Tunisian travellers. They were found smuggling about 3,000 Pregabalin narcotic tablets from Libya.