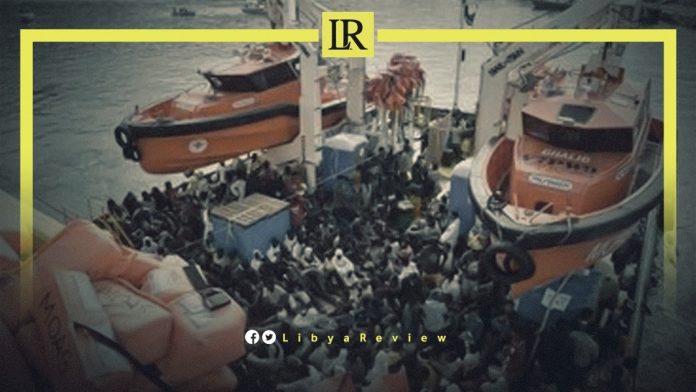 On Wednesday, a Syrian teacher, Mohamed Noor spoke of the atrocities he had witnessed against asylum-seekers in Libya.

“Last year, I saw people killed by the Libyan Coast Guard, maybe eight or seven people from African nationalities,” the Syrian asylum-seeker said in an interview with the Associated Press.

Noor said the Africans were shot in Zuwara, adding that two Syrian women were raped. He fled his home in 2021, to escape the mandatory military draft.

Noor and five other men left Libya, and spent 40 hours at sea before they were spotted by Frontex, the EU’s border and Coast Guard agency, in the Maltese search and rescue zone.

The Open Arms NGO rescue ship approached the small boat and found three Syrians, and two Libyans, on board.

One was badly dehydrated, and a nurse provided medication, blankets, and suggested ways for them to protect themselves from the sun while waiting for the Italian Coast Guard to arrive.

Seated at the back of his boat, Noor said his foot was badly injured while swimming to escape the Libya Coast Guard.

Hundreds of thousands of migrants hoping to reach Europe have made their way through Libya, where a lucrative trafficking and smuggling business has flourished. The country remains without a functioning government, fragmented for years between rival administrations in the east and west, each backed by arms groups and foreign governments.

Migrants who have passed through Libyan detention centers often tell of the atrocities inside. Noor suggested that killings are even carried out in the street.

Human rights violations and crimes against migrants and refugees have been extensively documented by the UN and other human rights organizations.

Noor and his companions were rescued by the Italian Coast Guard, and taken to Lampedusa.

On the following day, the Open Arms rescue ship came across a wooden ship with dozens of migrants also escaping Libya.

As the rescuers approached, the boat capsized and began to sink. Rescuers managed to save the entire group of migrants, including one woman and two children. All of them were from Eritrea and Sudan.

According to UNHCR, as of 14 August, over 70,000 migrants have crossed the Mediterranean to Europe in 2022. Over 900 have died in the attempt, or have gone missing.