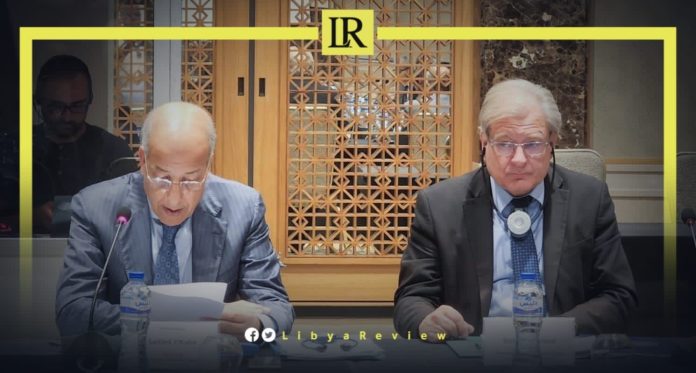 The American Ambassador to Libya, Richard Norland met with the Governor of the Central Bank of Libya (CBL) Al-Siddiq Al-Kabir in Tunisia. The meeting aims to support Libyan-led steps toward monetary stability, diversification, and transparency.

Senior CBL officials and the U.S. Agency for International Development (USAID) participated in the meeting. They discussed ways to unify institutions to ensure Libya’s wealth is managed correctly, and benefits all Libyans.

Despite the Libyan Parliament’s decision to impeach Al-Kabir, the United States continues to deal with him as the legitimate CBL Governor.

The decision is in accordance with Parliament Resolution No. 17 of 2014, which dismissed Al-Siddiq Al-Kabir as Governor of the Central Bank.

Libya has two governments, in the east and west, with both claiming to be the legitimate representative of the country. Each of the two blames the other for the stifling economic crisis.

The Parliament designated-Prime Minister Fathi Bashagha claimed that “only three or four companies control the Libyan economy.” He explained that “those companies are owned by family members of the Prime Minister of the Government of National Unity (GNU), Abdel-Hamid Dbaiba.”

He stressed that the GNU “failed to lead Libya to elections, and does not have the will to meet the aspirations of the Libyan people.” He said that Dbaiba’s government “only seeks power, with the help of some countries that have certain interests in Libya.”