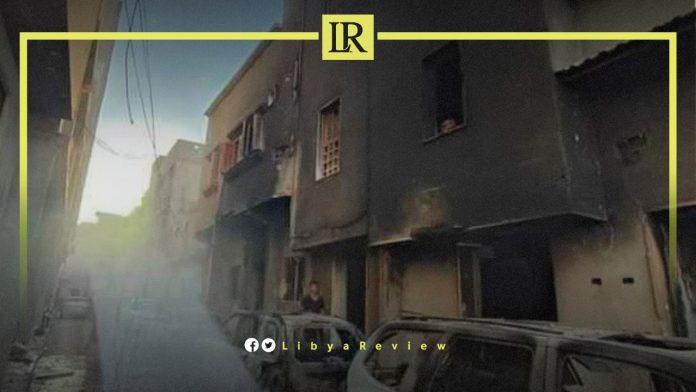 The United Kingdom called for an “immediate end to violence” in Tripoli. It condemned “any attempts to seize or maintain power by force.”

In a statement published by the British Embassy in Libya on its Twitter account today, it stressed the need to protect civilians as “paramount.”

The Libyan Health Ministry reported that at least 12 were killed, and 87 were wounded during clashes between rival militias that broke out early Saturday.

Mustafa Baraka, a comedian known for his social media videos, was killed after being shot in the chest.

Local media reported Saturday that the Coastal Road linking the cities of Al-Khoms and Zliten was closed. This was in anticipation of the movement of forces from Misrata towards Tripoli.

“This is horrible. My family and I could not sleep because of the clashes. The sound was too loud and too frightening,” said Abdulmenam Salem, a central Tripoli resident. “We stayed awake in case we had to leave quickly. It’s a terrible feeling.”

The crisis pits groups that back the Tripoli-based Government of National Unity (GNU), led by incumbent Abdel-Hamid Dbaiba, against supporters of a rival government led by Prime Minister-designate, Fathi Bashagha.