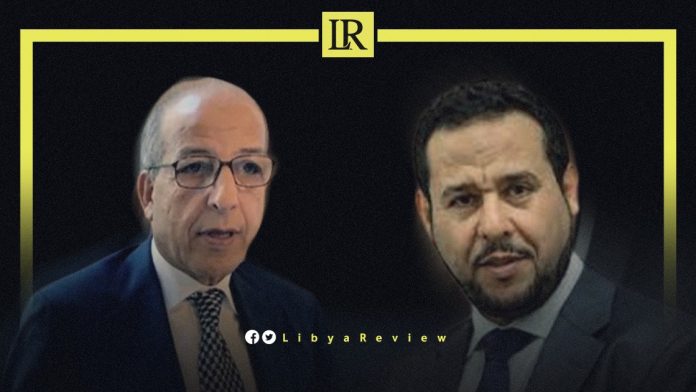 The Governor of the Central Bank of Libya (CBL) Al-Siddiq Al-Kabir granted five letters of credit during the period from 25-31 of August, totalling about $1.4 million dollars to the Libyan Wings Company. This was through the Libyan Islamic Bank under the item, ground services and maintenance.

The company is allegedly held by Abdel-Hakim Belhaj, the former leader of the Libyan Islamic Fighting Group (LIFG), which is classified as a terrorist organization. Belhaj returned to Libya earlier this year, after five years between Turkey and Qatar. This has raised widespread controversy and questions about the role he can play at this critical stage in the country.

In the 1980’s, Belhaj went to Afghanistan to fight against Soviet forces. He gained experience before returning to Libya in the mid-nineties. He began organising the LIFG, training in eastern Libya’s Green Mountains to prepare for military action against the Gaddafi regime.

The government preempted the group by striking its training centers in 1995 and killing its emir, Abd Al-Rahman Hattab. Belhaj was able to escape and leave again for Afghanistan.

Belhaj, who was known as Abdullah Al-Sadiq was arrested in Malaysia in 2004. This was by the Passports and Immigration Office with the intervention of American intelligence, who then deported him to Bangkok for interrogation by the CIA. He was then transferred to Guantanamo Bay. Belhaj was deported to Libya in 2004, and remained in prison until 2010. He was released under amnesty after the mediation of Muslim Brotherhood leaders, headed by Ali Al-Sallabi.

Belhaj has worried US decision-makers, especially since his LIFG has been designated by the US as a terrorist organization, with links to Al-Qaeda in response to the September 11, 2001 attacks.

Belhaj appeared during the storming of Gaddafi’s compound in 2011, during the rebellion that toppled the leader. He presented himself as the commander of the Tripoli Military Council at the time, with Qatari intelligence officer Hamad bin Fetais Al-Marri on his right.

During the events of 2011, relations began to develop between Libyan groups linked to Al-Qaeda and their Syrian counterparts. Dozens of Libyan fighters travelled to Syria to fight against Bashar Al-Assad. This took place with the clear support and backing of Belhaj, and his Deputy Al-Mahdi Al-Harati, who took the leadership of the Syrian National Legion.