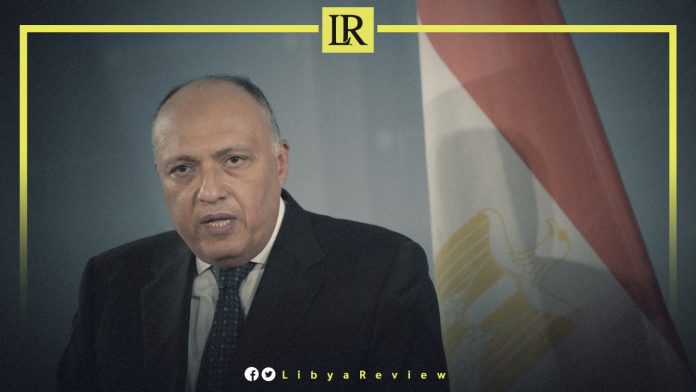 Abu Zeid, told Middle East News Agency, “This topic was discussed in the consultative meeting of Arab Foreign Ministers before the start of the official session.”

The Egyptian Ministry of Foreign Affairs told Al-Arabiya / Al-Hadath that the withdrawal came after the Libyan Foreign Minister assumed the Presidency.

Cairo also called on international parties to recognize the government approved by the Libyan Parliament, in reference to the government of Fathi Bashagha.

The Egyptian MoFA affirmed its reservations about holding any consultations with Al-Mangoush, “due to the end of her government’s mandate.” It demanded a “political solution to the Libyan crisis, an end to the mobilisation of armed groups, and the protection of civilians.”

The 158th ordinary session was held at the Arab League General Secretariat headquarters in Cairo, under the chairmanship of Libya which succeeded Lebanon.

Notably, Libya is mired in a constitutional and political stalemate. This has resulted in increasing clashes, a dire economic situation, and demonstrations across the country by frustrated citizens, a senior UN official said.

Tensions have been rising for months as two Prime Ministers vie for power; raising fears of renewed conflict two years after a landmark truce. Recent clashes took place in Tripoli, killing 32, and wounding 158.

On 10 February, the Speaker of the Libyan Parliament, Ageela Saleh announced the unanimous appointment of Bashagha as the new Prime Minister. He is due to replace incumbent PM, Abdel-Hamid Dbaiba. But Dbaiba warned that the appointment of a new interim government could lead to war and chaos in the country. He renewed his pledge to only hand power over to an elected government.

Egypt reported that it has “confidence in the ability of the new Libyan government to expel all mercenaries and foreign forces out of the country, preserve Libya’s unity and sovereignty, and pave the way for elections.”