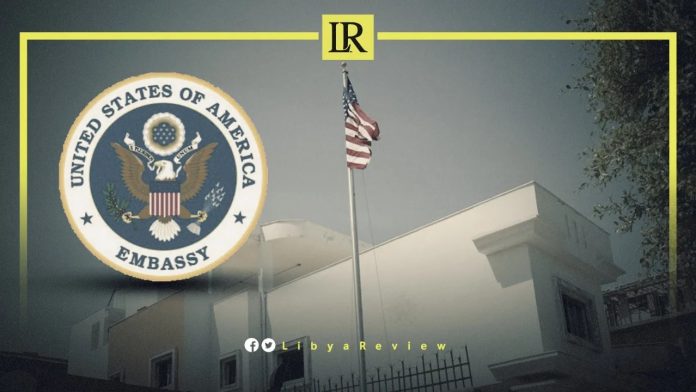 The United States urged Libya’s leaders to “act upon their promises and finalize a roadmap for elections,” according to a statement issued by the US Embassy on Thursday.

On the occasion of the International Day of Democracy, the statement said that “democracy puts government in the hands of the people, by voting, promoting transparency, or combatting corruption, citizens have an important role to play in strengthening democracy.”

“Nearly a year has passed since millions of Libyans registered to vote, and transition to a new era of peace, stability, and national unity. We urge Libya’s leaders to act upon their promises and finalize a roadmap for elections,” the statement noted.

Meanwhile, US Assistant Secretary of State for Near Eastern Affairs, Barbara Leaf reiterated the United States’ concerns about the transfer of public funds to militias and armed groups.

She recently met with the Head of the Presidential Council, Mohamed Al-Mnifi and Central Bank of Libya (CBL) Governor, Al-Siddiq Al-Kabir in Tunisia.

This came in a briefing provided by the US diplomat on her recent tour of the Middle East, which included Tunisia, Israel, the West Bank, Jordan, and Iraq.

Notably, the US Department of State’s annual Fiscal Report noted that the Government of National Unity (GNU) failed to publish an executive budget proposal, or any summary of an enacted budget within a reasonable period.