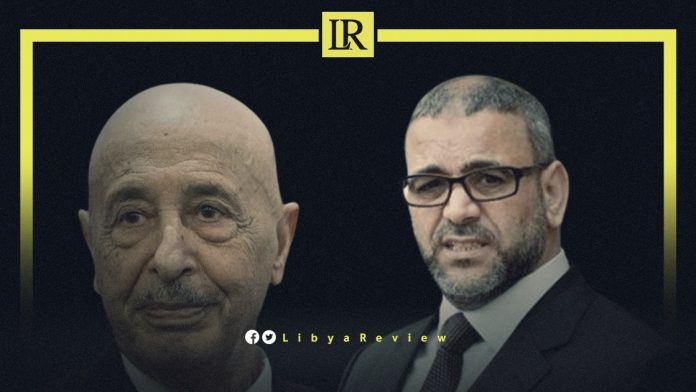 Libyan Parliament Speaker, Ageela Saleh, said he reached an agreement with the Head of the Council of State (HCS) to exclude various conditions for presidency candidates from the constitutional base.

“I met more than once with Al-Mashri and his two Deputies, and we found a convergence of views between us, regarding the constitutional base,” Saleh said during a Parliamentarian session on Thursday, in Benghazi.

Notably, Fathi Al-Marimi, the Media Adviser to the Libyan Parliament Speaker said that Egypt works to bridge the difference in views between Speaker, Ageela Saleh, and the Head of the HCS regarding the constitutional base.

He pointed out that the dispute was lying in the eligibility of candidates with dual nationalities to run for elections, as well as the participation of military personnel in the elections.

Abdelhakim Belkheir, a member of the Libya’s High National Election Commission (HNEC), said that the Parliament requested technical comments on the election law from the commission.

In statements to Russia’s news agency Sputnik, Belkheir explained that the HNEC is preparing technical notes regarding the difficulties that the commission faced in implementing the election law. He pointed out that the HNEC is in the process of preparing all the proposals, and then sending them to the legislative authority during the coming period as soon as they are completed.

Belkheir affirmed that the commission will decide to open the door for voter registration, if the election date is set. He pointed out that some of the observations made during the delivery of voter cards are being avoided if the register is opened again.

Last month, the HNEC’s Chairman, Emad Al-Sayeh, announced that the “force majeure that made it impossible to hold the elections last December has now ended.” He said that the delay in issuing the election laws was the first factor in the force majeure.