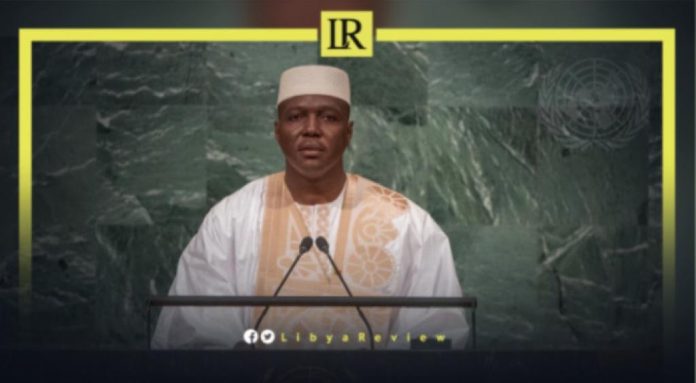 Abdoulaye Maïga, Prime Minister ad interim of Mali condemned France’s 2011 intervention in Libya. In his speech during the 77th United Nations General Assembly session, he exclaimed: “How many Africans died for France?” recalling the forced participation of thousands of Africans in the First and Second World Wars, and its recent interventions.

Maïga also spotlighted the French intrusion in the ongoing transitional process in Mali, and decried France’s decision to unilaterally withdraw its military forces. He alleged that Paris has repeatedly violated Malian airspace, and provided information and arms to terrorist groups.

In this context, he requested an emergency meeting of the Security Council to present evidence of the attacks and violations committed by the French military.

Carlos Faría Tortosa, Venezuela’s Foreign Minister, similarly detailed attempts to “destabilize his country, along with the imperialism and supremacism that led to unnecessary bloodshed in Iraq, Haiti, Yemen, Somalia, Libya, and Syria.”

He stressed that “the global North must recognize that the unipolar, colonialist system cannot adequately respond to the problems and needs that they themselves have created.”

On his part, Sergey Lavrov, Russian Foreign Minister condemned the United States’ “wars of aggression in the former Yugoslavia, Iraq, and Libya, which claimed many hundreds of thousands of lives.”

He added that from its “adventurism in the Middle East to its goal of subjugating Asia: Washington, DC, is trying to turn the entire world into its own backyard. Promising its military support, Washington is playing with fire around Taiwan.”

On its “quest to spread the North Atlantic Treaty Organization (NATO) to the East,” he said Moscow “warned the West that it was unacceptable to bring its military infrastructure closer to Russian borders.” For NATO, Moscow is “an immediate threat on their way to total domination. For the Anglo-Saxons, Ukraine is just expendable material in the fight against the Russian Federation.”

In a speech in New York on the sidelines of the UNGA, Lavrov said that it was “NATO that destroyed Libya and Syria and was responsible for the consequences,” referring to the war that has raged in the two countries since 2011. He added that they sought to restore stability to the region.