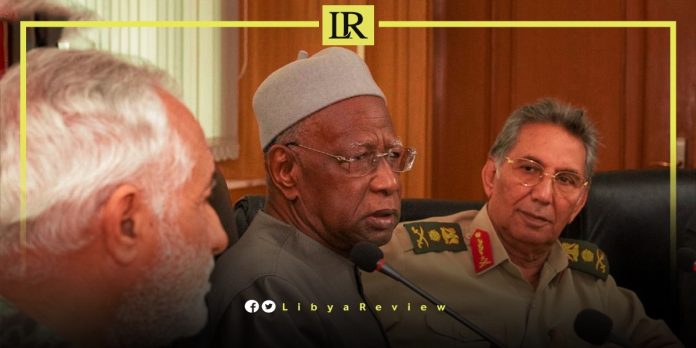 On Thursday, Libya’s 5+5 Joint Military Commission (JMC) resumed its meetings in the city of Sirte, with the presence of the newly appointed UN Envoy to Libya, Abdoulaye Bathily.

The meeting discusses the full implementation of the October 2020 ceasefire agreement.

During his first briefing before the UN Security Council, Bathily stressed the importance of unifying the security and military institutions in the country. He also affirmed the importance of preserving the ceasefire agreement during his meeting with the Commander-in-Chief of the Libyan National Army (LNA), Field Marshal Khalifa Haftar in Benghazi.

“On the occasion of the disarmament week, I reiterate the UN’s commitment to providing technical support to Libya’s 5+5 JMC, to accelerate the implementation of the ceasefire agreement, including placing the regularization of arms under the sole control of the state,” Bathily tweeted on Wednesday.

He affirmed his determination to listen to all Libyan parties, and reiterated the United Nations’ support for a sustainable Libyan-owned solution to restore peace and stability to the country. He also stressed the importance of preserving the ceasefire agreement, and unifying the security and military institutions in Libya.

Spokesman for the UN Secretary-General, Stéphane Dujarric confirmed that Bathily’s “highest priority is to support defining a consensual path towards fair and comprehensive elections, as soon as possible.”

Observers believe that the meeting comes after the rapprochement between the Chief of Staff of the LNA, Lieutenant-General Abdel-Razak Al-Nathouri and Lieutenant-General Mohamed Al-Haddad. The two JMC Heads attended a military event in Tunisia last week.