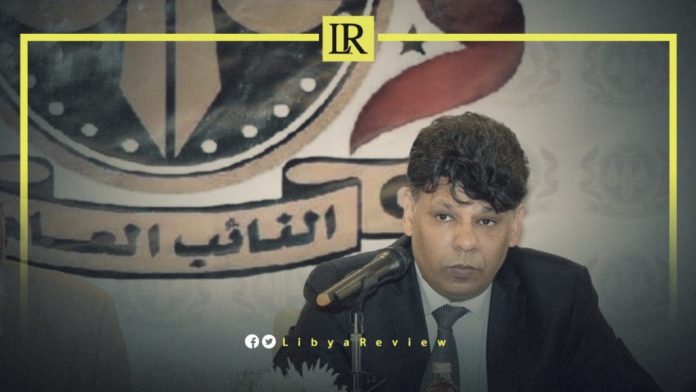 On Thursday, the Libyan Attorney General, Al-Siddiq Al-Sour ordered the pre-trial detention of the financial controller of the Libyan Embassy in Uganda, over embezzlement charges.

In a statement, the Public Prosecution Office said that the investigations revealed that the accused “had committed crimes of seizing public money, obtaining material benefits estimated at $700,000 in violation of laws, and spending public money in a manner other than its intended purpose.”

It explained that this was “part of the Public Prosecution’s efforts to continue combating corruption, and apprehending perpetrators.”

Earlier this month, Al-Sour also ordered the arrest of the former Head of Libya’s Embassy in Uganda. This was a precaution for his “intentional disposal of $250,000.”

The Deputy Public Prosecution took charge of examining and reviewing the administrative and financial work assigned to the Libyan Embassy from 2013-2017.

“By investigating the reality of the actions of the employee subject to the procedures; examining the elements of the crimes that were received during the interrogation; the Public Prosecution found that the accused deliberately disposed of $250,000 in violation of the requirements of the legislation regulating the disbursement of public money, and he deliberately harmed public funds.”

The statement added the accused “contributed to achieving illegal material benefits for others, which amounted to $760,000. He violated the disciplinary duties by exceeding the limits of his competencies and preventing the financial controller from performing the work assigned to him. Thus, the investigator ended up ordering the pretrial detention of the accused.”

The Head of the Libyan Embassy in South Africa and his financial controller were also detained over charges of financial corruption.

In a statement, the Attorney General’s Office stated that this came after a number of supervisory reports showed administrative and financial abuses by the accused.

The statement concluded that the Attorney General ordered they be held in pretrial detention.