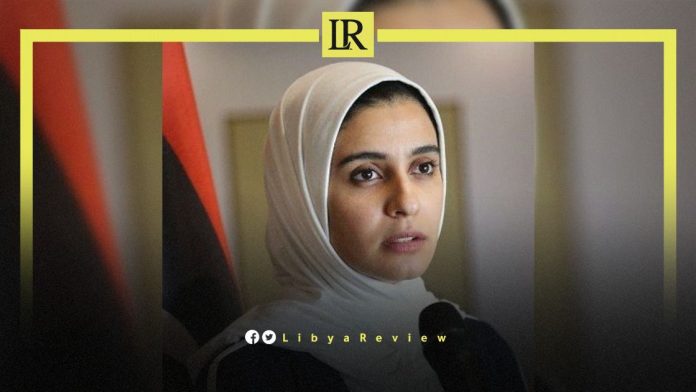 Spokeswoman for the Libyan Presidency Council (PC), Najwa Wheba expressed her wishes for the “very important partnership with Italy to continue in many fields,” according to the Italian news agency, Nova.

Wheba made these statements on the sidelines of the regional conference on cross-border operations between Libya and the Sahel. The conference is being organized by the European Union, and kicked off on Tuesday in Tunisia.

“The Presidential Council would like to continue the very important partnership with Italy in many areas, especially trade. As well as continue cooperation on the political, cultural, and security levels,” she said.

She pointed out that the PC “hopes to maintain these relations and partnerships with the new government led by Giorgia Meloni.”

Wheba noted that the PC Deputy Head, Mousa Al-Koni will go to Rome to participate in the eighth edition of the Mediterranean Dialogues between 2-3 December.

Notably, Italian Foreign Minister, Antonio Tajani said refugee camps could be established in Libya, and other countries used by migrants to depart for Europe.

The Special Envoy of the United Nations High Commissioner for Refugees (UNHCR) for the Western and Central Mediterranean, Vincent Cochetel said setting up large refugee camps in Libya “could be the last option” for the migration crisis.

According to a special report by Nova, Cochetel is considering new solutions to address the migrant crisis, describing the current voluntary transfer system in Europe as “dead”.

The report added that there is a belief by the majority of European countries that “resettlement, as it was conceived and currently on the table, cannot work without restrictions on freedom of movement.”

It also referred to the political agreement dated 10 June 2022, which provides for a voluntary solidarity mechanism for the transfer and distribution of migrants. The agreement provides for the resettlement of about 10,000 immigrant asylum seekers annually.