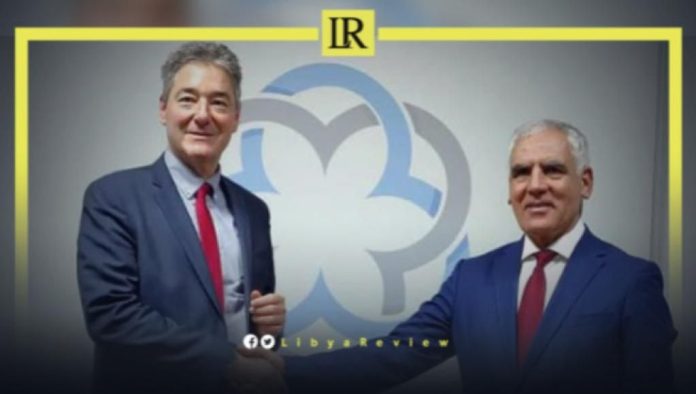 Mohamed Al Raid, Chairman of the General Federation of Chambers of Commerce, Industry, and Agriculture in Libya discussed arrangements for holding the German-Libyan Forum.

This came during his meeting with the German Ambassador to Libya, Michael Ohnmacht and his accompanying delegation. The meeting was held in Tripoli, where Al Raid expressed Libya’s “full readiness for all necessary procedures and arrangements to hold the forum as soon as possible.”

Ohnmacht stressed that the forum “is the first step in the participation of German companies in various fields, including the transport sector, energy, public services, and renewable energies, with the support of the German Embassy in Libya.”

Al Raid stressed the need to activate the Libyan-German Chamber, and follow up on bilateral economic ties. He called for coordinating successive and mutual visits of businessmen, in order to link economic relations and encourage investments.

Earlier this month, Ohnmacht confirmed his desire to “enhance cooperation and strengthen economic ties with Libya.” In a tweet, Ohnmacht added: “Today I discussed with Minister of Oil, Mr. Aoun the framework of cooperation between Germany and Libya in the energy sector and ways to strengthen our partnership in this field.”

In October, Libyan Minister of Economy and Trade, Mohamed Al-Hwaij met with the German Ambassador to discuss aspects of bilateral trade and economic cooperation.

The meeting was held in the presence of the Libyan Undersecretary for Commercial Affairs, Suhail Boushiha. The two sides also discussed the problems and obstacles facing the return of German companies to Libya.