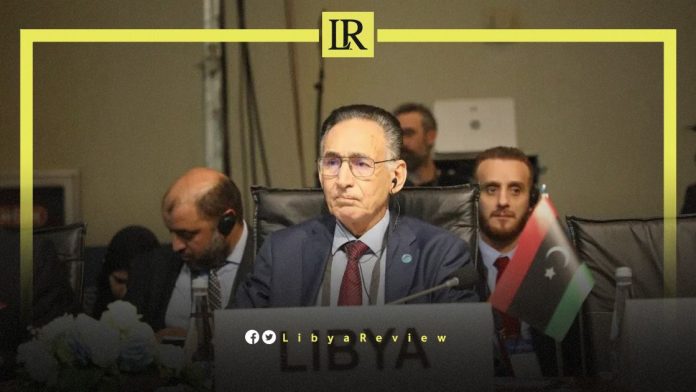 The Libyan Minister of Economy, Mohamed Al-Hwaij affirmed the importance of intra-trade between member states of the Standing Committee for Economic and Commercial Cooperation (COMCEC).

During his participation in the work of the COMCEC, Al-Hwaij said “Libya seeks to participate in the meetings of the Organization of Islamic Cooperation (OIC), follow up on its recommendations, and implement its decisions within an international and regional framework.”

He called on member states to “work to overcome all difficulties to raise the level of trade exchange.”

A number of ministers are taking part in the meeting in Istanbul. They reviewed the work program for the economic and trade activities to be organized in the field of agriculture, food security, and the promotion of trade cooperation among member states.

The latest global economic and trade developments were also discussed, and a strategy was developed to implement digital transformation, and assist member states in its implementation.

COMCEC is one of four standing committees of the OIC. It was established in 1981 at the Third Islamic Summit Conference held in Saudi Arabia. It serves as a multilateral economic and commercial cooperation forum in the Islamic world. The committee convenes annually at the ministerial level in Istanbul.

The organization defines its scope of cooperation through trade, transport, agriculture, tourism, poverty alleviation, and financial as well as private sector cooperation.

The Ministry of Economy stated that it has discussed the latest economic developments, and the strengthening of inter-trade relations between member states.

The participants also discussed the mechanism for implementing the OIC 2025 program, and strengthening the role of the private sector in economic and trade cooperation.

They also discussed improving the communications sector and infrastructure in several countries, and setting a vision to maintain food and drug security.