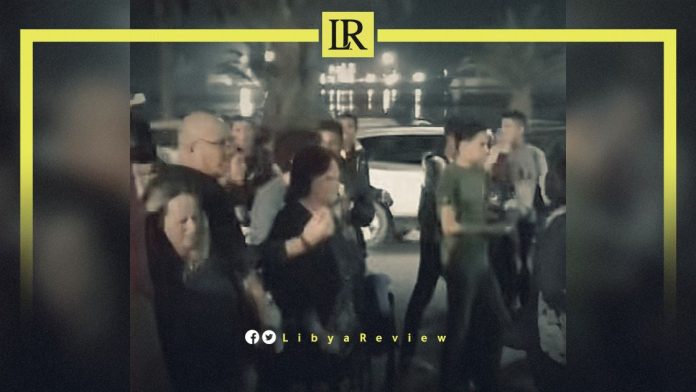 South African teachers have stated that they are living in fear, after they were allegedly sexually assaulted, threatened, and attacked in the Libyan capital, Tripoli, according to South Africa’s Citizen Newspaper.

On their way home on 19 November the teachers, who moved to Libya earlier this year to teach English, were coming from dinner when they passed a group of youths attending a car drifting event, near Martyrs Square. The group followed the teachers, shouting “infidels”.

In a video that went viral, more than 50 men can be seen gathered around the teachers who looked terrified as they tried to flee, while the group chased them and tried to block their way.

Spokesperson for South Africa’s Department of International Relations and Cooperation (DIRCO), Clayson Monyela said: “When a crime is committed, people report it and, in this case, there were arrests made, so justice has to take its course. Meaning people have been arrested, they have to be charged, there must be a trial and if there’s evidence they get convicted and sentenced.”

However, one of the teachers, who asked to remain anonymous due to fear of being victimised, said although none of the teachers were harmed physically, “we felt we were going to die and be gang-raped after we were sexually assaulted, groped by a group of Libyan men”.

The publication also noted that the viral video sparked “widespread condemnation” on social media in Libya.

Activists criticised the “barbarism” of the youth, and said it was “offensive to the country’s image and culture”.

Activist Hakim Hijazi said, “These young people from Tripoli… what do we expect from a generation raised on chaos?”

Another activist Ruqaya Izzidien called for the prosecution and imprisonment of the young men, who allegedly assaulted the group of teachers, and questioned the “absence of the police to protect tourists. What they did is not of the morals of the Libyans, and an uncivilized act,” she added.

Tripoli was ranked 50th in the world, in the Crime Index classification for cities and second in the Arab world, “with Damascus coming first, receiving 64.27 degrees on the crime index, a high crime level”.