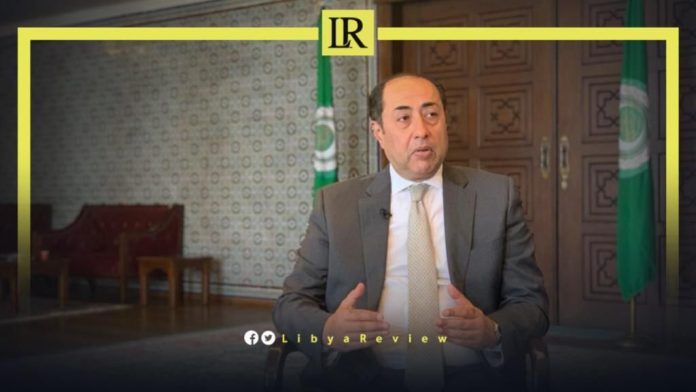 Arab League Assistant Secretary-General, Hossam Zaki expressed his hope for reaching a unified Arab agreement on Libya, claiming that “no organized Arab effort has yet been reached over the Libyan crisis.”

Zaki said in televised statements on Saturday, that “the failure of Arab countries in reaching a complete understanding of the situation in Libya has impeded the Arab League’s Secretary-General from obtaining a full Arab mandate to lead efforts to resolve the crisis.”

He added that “some Arab countries have special interests in Libya, resulting in the Arab League failing to obtain full Arab authorization from member states to reach solutions to the decade-long crisis in Libya.” As well as affirming support for all efforts aimed at settling the Libyan crisis, and urging the Libyan parties to agree on holding Presidential and Parliamentary elections as soon as possible.

In November, the AL Secretary-General, Ahmed Aboul-Gheit received the Speaker of the Libyan Parliament, Ageela Saleh in Cairo.

Aboul-Gheit renewed the League’s “support for advancing the course of the political process in Libya, and resuming dialogue on creating a constitutional basis on which elections will be held.”

The AL Chief stressed the importance of “serious efforts by all actors to end all manifestations that threaten the country’s unity, sovereignty, and territorial integrity.”