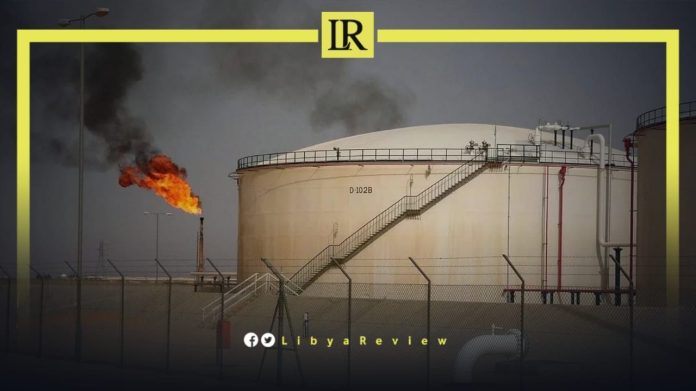 In a statement, the NOC added that the condensate production amounted to 55,000 barrels. It noted that the total domestic consumption of natural gas amounted to 955 million cubic feet during the past 24 hours.

Earlier this month, the Minister of Oil and Gas in Libya’s Government of National Unity (GNU), Mohamed Aoun expressed his hopes that “oil production will return to 2010 levels.”

In press statements on the sidelines of the OPEC meeting in Kuwait, Aoun noted that Libya produces about 1.2 million barrels of oil per day.

Aoun explained that he hopes that “Libya’s decision to lift the state of force majeure in the oil and gas exploration sector will encourage the return of foreign oil companies to the country.”

The NOC urged its foreign oil and gas partners to resume exploration and production, assuring them security had begun to improve after clashes earlier this year.

In a statement, it called on international oil and gas companies to lift the force majeure declared by them.

Oil-rich Libya plunged into chaos after a NATO-backed uprising toppled and killed longtime dictator Muammer Gaddafi in 2011. In the chaos that followed, the county split, with the rival administrations backed by rogue militias and foreign governments. The country’s current political crisis stems from the failure to hold elections on 24 December 2021.