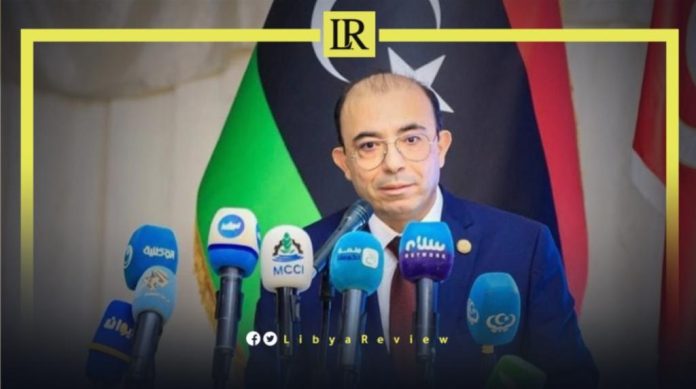 The Head of the Tunisia-Africa Business Council, Anis Jaziri confirmed that the level of trade with Libya increased by 40% in 2022, compared to 2021.

This was during his participation in the first session of the Tunisian-Libyan Exhibition for the Development of Industry and Trade in Misrata. Jaziri added that trade doubled between 2020 and 2021, and expressed his hope that its development would continue during this exhibition.

He noted that the exhibition comes within the framework of advancing Tunisian-Libyan economic relations, and creating a joint integrated economic pole capable of accessing the African market.

Among the challenges facing the two countries was the completion of the desert road linking Misrata to Tamanhint in southern Libya, and Agadez in northern Niger. This is necessary to open a market of more than 500 million people for Tunisian and Libyan enterprises.

Days ago, Tunisian Interior Minister, Tawfiq Charafeddine received the Chargé d’Affairs of Libya’s Embassy in Tunisia, Mustafa Gdara. He was accompanied by the Security Attaché and the Legal Advisor of the Embassy. The meeting reviewed the existing bilateral cooperation in areas of common interest.

Charafeddine affirmed the keenness of both sides to “upgrade these relations and push them to the highest levels, in order to embody the aspirations of the two peoples,” according to the statement.

Earlier this month, Al-Areej International Medical Services Company in Tunisia said that no new Libyan patients will be accepted. It added that current patients will be discharged from medical clinics in Tunisia, due to the accumulation of debts and non-payment by the Libyan Embassy.

The company is the exclusive agent contracted by Libya’s Ministry of Health for years, to treat Libyan patients in Tunisia. The company has monopolized treatments and “consistently humiliated Libyans who receive treatment,” according to the testimony of several patients.

The company imposed large increases in treatment prices, under the pretext that it provides its services on credit. The patients confirmed that “as soon as payments stop, the company will expel them and stop treatment until the money is deposited in its accounts.”