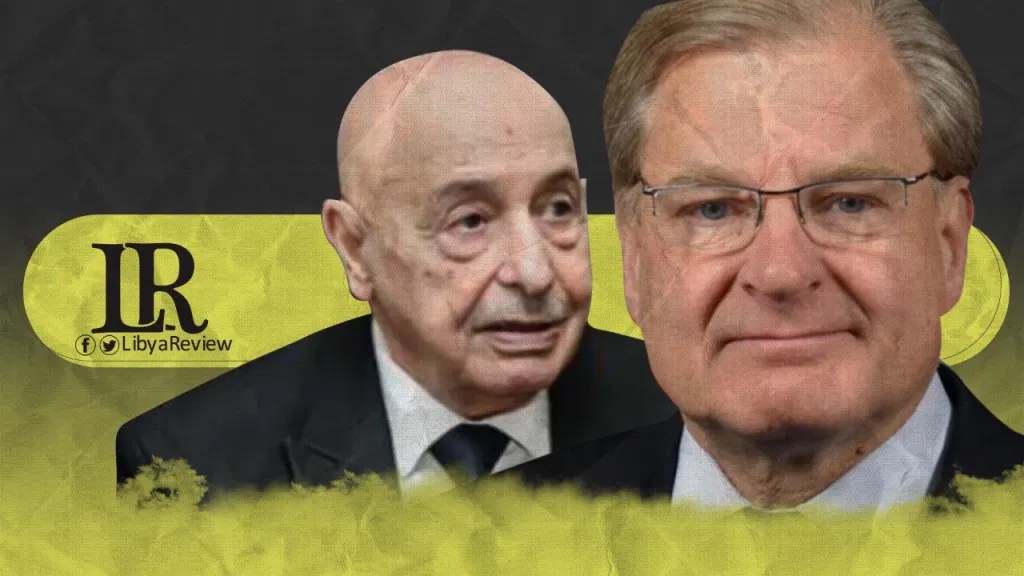 US Ambassador to Libya, Richard Norland held a telephone conversation with Speaker of the Libyan Parliament, Ageela Saleh to emphasize the importance of holding a vote of confidence session for the new executive authority as soon as possible.

In a statement, the US Embassy said that Ambassador Norland reaffirmed that the vote of confidence was an important step toward the holding of elections in December later this year.

Saleh claimed that he shared the view that the Parliament should assume its responsibility, and that the government should respect the outcomes of the Libyan Political Dialogue Forum (LPDF), and the Cairo Declaration.

On Tuesday, Norland affirmed his “full support” to the UN’s call for respect for the LPDF roadmap, and to take the necessary steps to hold the December elections. He stressed the importance of reconvening the Libyan Parliament as soon as possible for a vote of confidence on the upcoming government cabinet.

Earlier in the week, members of Libya’s newly elected Presidential Council held their first meeting in Tripoli since their appointment more than two weeks ago in Geneva. In line with the roadmap established by the LPDF in Tunis last year, if the parliament fails to conduct a vote of confidence within 21 days of the election, the vote will then go to members of the LPDF.