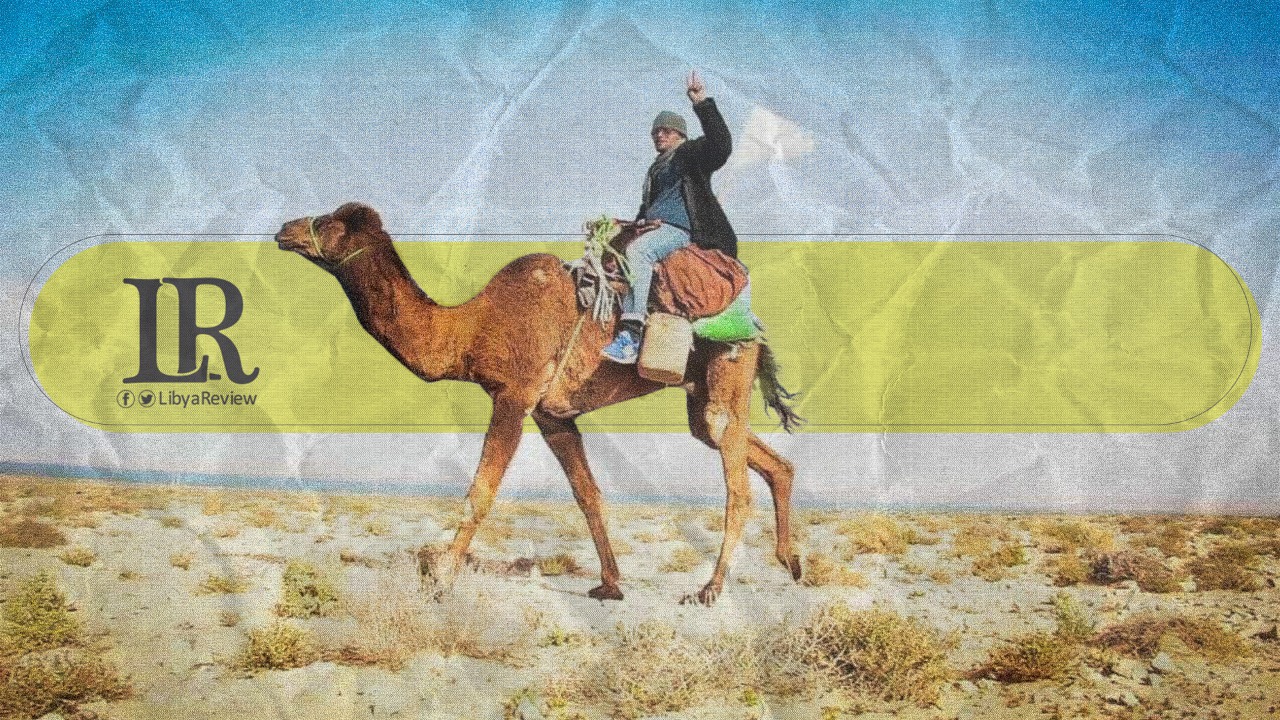 The peace journey launched by the young Libyan national, Abdel-Aali Al-Habouni ended after armed militias kidnapped him in the city of Zawiya, and slaughtered his camel.

Militias from Zawiya announced the arrest of Al-Habouni, and the mayor of Al-Rajban municipality, on the outskirts of Al-Jmail city. The mayor and his deputy were later released, while Al-Habouni remained in detention.

Al-Habouni set out from Libya’s far east on a peace journey to all regions of the country on the back of a camel. He confirmed that he would not stop until reaching the Ra’s Ajdir border with Tunisia, a distance of 1,900 kilometers.

He began the journey on foot from his hometown of Imsaad, which is located in the far north near the border with Egypt; to Tobruk after he had traveled 140 kilometers in three days. During his journey, he sent messages of peace and love to the residents of the areas he passed through.

In Tobruk, the Libyan traveler received a huge reception from members of Al-Haboun tribe to which he belongs, who gifted him a camel to complete his arduous journey. The camel was slaughtered upon his detention in Zawiya.