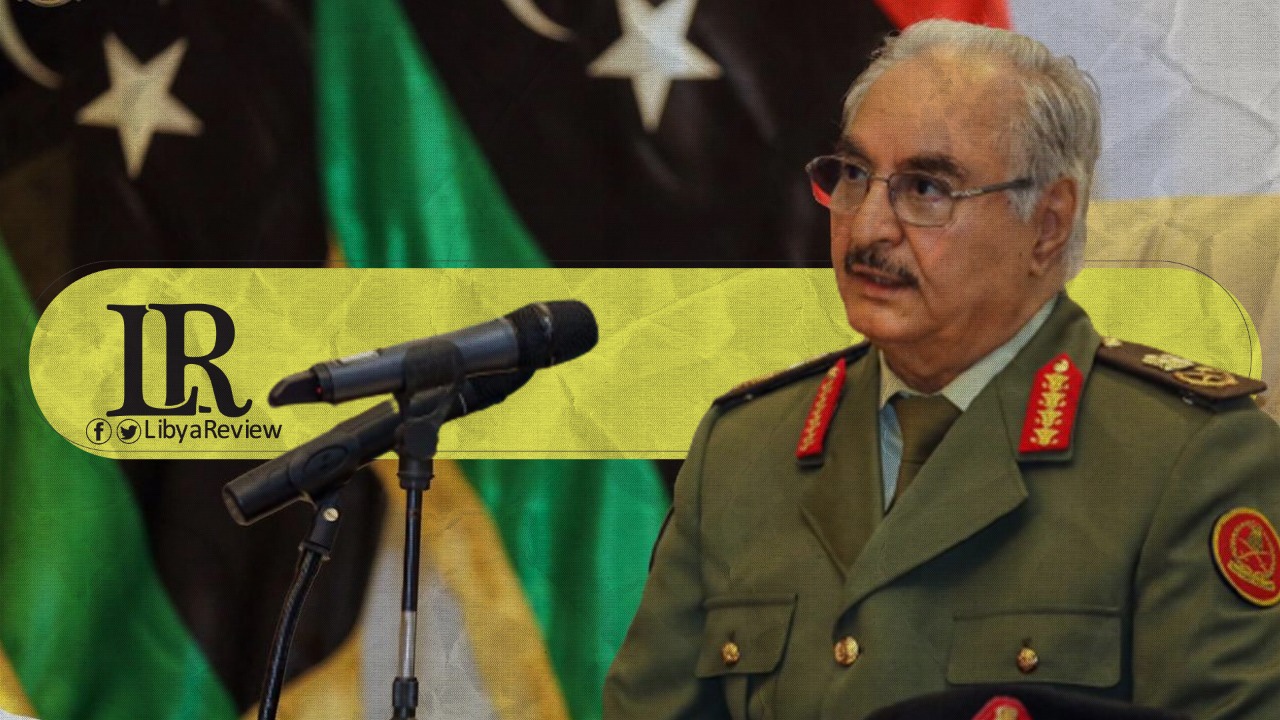 On Monday, Commander-in-Chief of the Libyan National Army (LNA) Khalifa Haftar visited the female officers of the military at the headquarters of the LNA General Command.

During the visit, he praised the role, and importance of women in the armed forces. A number of issues related to the tasks of female officers were reviewed, and plans for the next phase were discussed.

On Saturday, Haftar announced the allocation of 20,000 housing units to the families of the martyrs and wounded. As well as the provision of job opportunities for their children, and priority allocation for Haj and Umrah pilgrimages.

He added that a number of hospitals will be opened in order to provide medical care for the families of these martyrs. He confirmed that the LNA will pay the tuition fees for their children, until they graduate from university.

“The armed forces will start building three complete, integrated cities on the outskirts of Benghazi, where these new cities will accommodate at least 12,000,000 people,” he said.