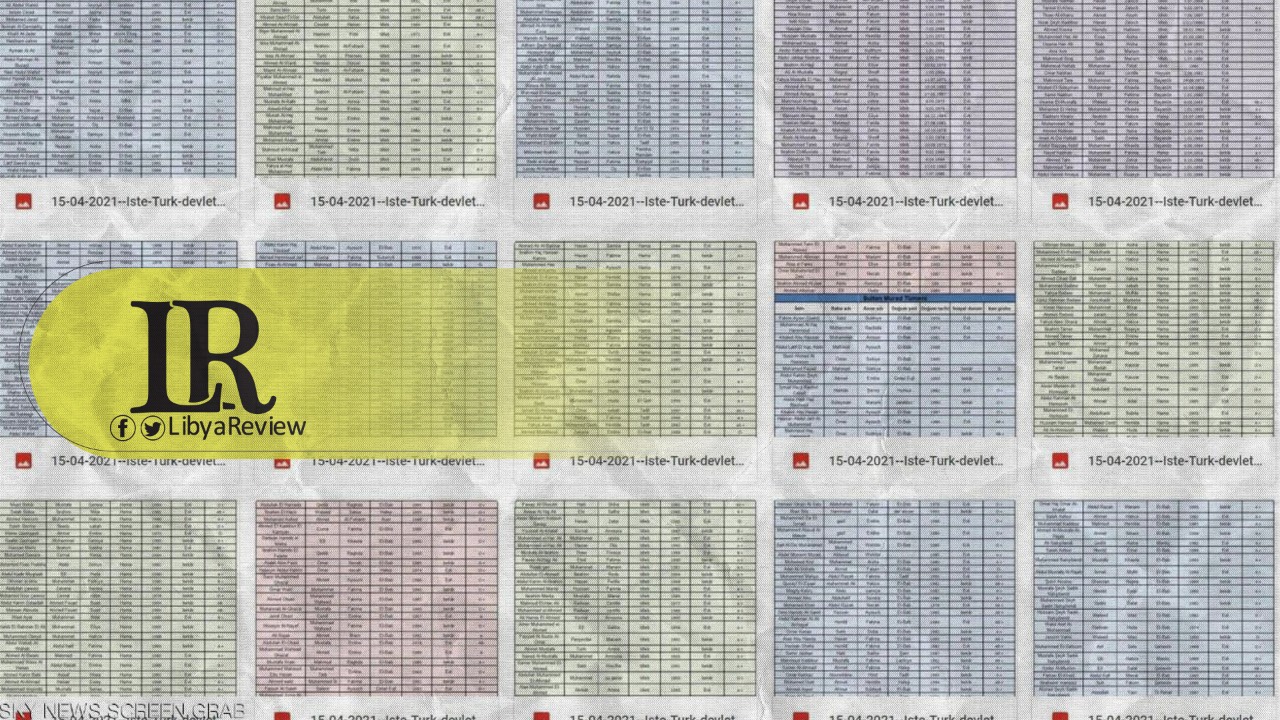 Leaked documents revealed that there are 11,609 Turkish-backed Syrian mercenaries still present in Libya. This in light of a brokered-ceasefire agreement signed by the warring-factions last October which stipulates the withdrawal all foreign fighters from the North African country.

The documents, obtained by Sky News Arabia, revealed that Turkey withdrew only 1,226 mercenaries out of 12,835 who were sent from Syria. These mercenaries are members of the so-called Syrian National Army (SNA) formed by Turkey.

The leaked documents noted that Suleiman Shah of the Sultan Murad Brigade sent 1,910 members to Libya. 126 of them entered Turkey through the Kilis border gate with Syria, and from there they were sent to Libya.

The documents also indicated that 150 Syrian mercenaries of the 9th Division were sent to Turkey, as well as 978 from Al-Majid Corps, and 1,170 from the Al-Mu’tasim Division.

Earlier, the Syrian Observatory for Human Rights (SOHR) reported that Turkey transferred more than 18,000 mercenaries from Syria to western Libya, among them former fighters of the Islamic State (ISIS) and Al-Qaeda.