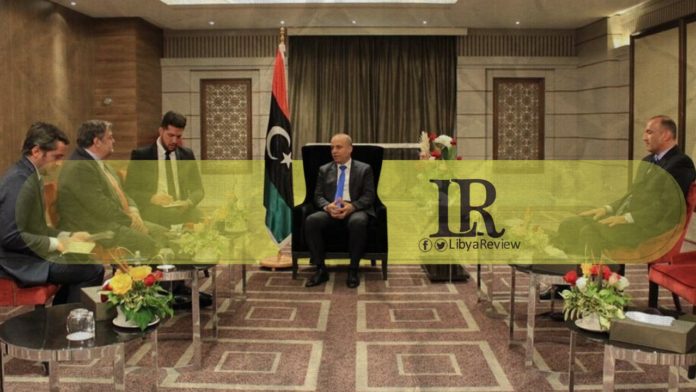 On Monday, Deputy Head of Libya’s Presidential Council, Abdallah Al-Lafi held a meeting with the Spanish Ambassador to Libya, Javier Garcia-Larrache to discuss the latest political developments in the country.

During the talks, the Ambassador renewed his support for the Government of National Unity’s (GNU) efforts aimed at unifying state institutions, and for the ongoing national reconciliation process in Libya.

Garcia-Larrache stressed that relations between Libya and Spain were strong, and that Spain would support the High National Elections Commission (HNEC), and national reconciliation efforts.

The Ambassador stated that the Spanish Embassy in Libya is working temporarily, and that the work on the embassy’s return to Tripoli will be gradual. He added that it would begin facilitating visa’s for Libyans in the near future.

In March, Libya’s Parliament voted to back the GNU led by Prime Minister, Abdel-Hamid Dbaiba. The government was elected through a UN-supported process in Geneva.