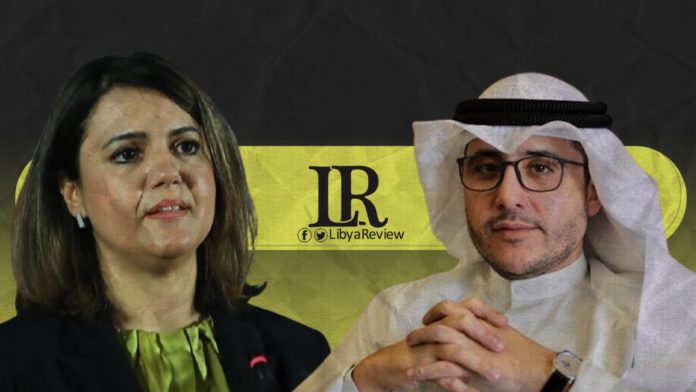 During the talks, they discussed the latest political developments in Libya, and ways to strengthen bilateral relations. They also touched on the current efforts being made to support the political process in Libya, by following the UN roadmap. As well as the preservation of Libya’s unity, security, stability, and territorial integrity, and the lead up to the general elections, scheduled for 24 December 2021.

Earlier this month, Kuwaiti Crown Prince Sheikh Meshal Al-Ahmed Al-Jaber Al-Sabah sent a letter to Mohamed Al-Mnifi, the Head of Libya’s Presidential Council. The letter, which was delivered by Sheikh Ahmad, dealt with bilateral relations and ways to strengthen them in various fields. The Emir also extended an invitation to Al-Mnifi to visit Kuwait.

The Kuwaiti minister expressed his unwavering support for Libya, during a meeting with Libyan Prime Minister Abdel-Hamid Dbaiba, as part of his official visit to Tripoli.