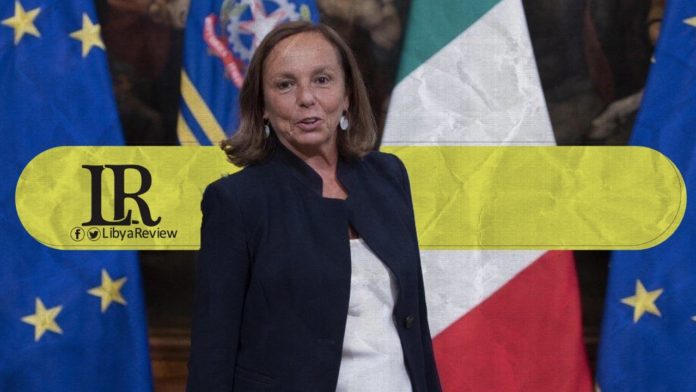 The Italian Minister of Interior, Luciana Lamorgese stressed the need to work on concluding a strong strategic partnership agreement with Libya, to combat illegal immigration.

This came during her meeting with the Minister of European and Constitutional Affairs in the Austrian government. Lamorgese warned of the need to conclude this agreement with Libya, Tunisia, and other countries that are sources of illegal immigration.

She pointed out the importance of collective political action between countries in this regard, “to reduce migration pressure on the external European borders and thus secondary movements within the EU, we must intensify all our efforts at the political level so that the EU institutions immediately get their hands on strong strategic partnership agreements with countries of origin and transit of migration flows.”

The Italian Minister stated that the aforementioned should be done “starting with Libya and Tunisia, to strengthen the ongoing stabilisation processes and contribute to their economic development.”

“For the countries of the Mediterranean region that have been included in the MED5 group, it is necessary to follow negotiations on the new agreement on migration and asylum, on a dual track at the same time,” she added.