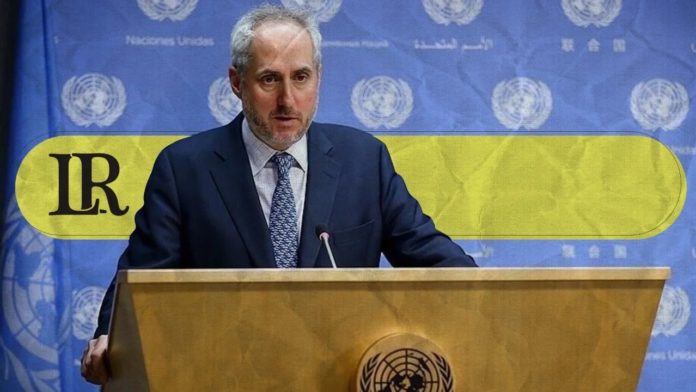 On Tuesday, the United Nations Spokesman, Stephane Dujarric said that the Berlin II Conference on Libya, which is scheduled to be held on Wednesday, will discuss the difficulties impeding the implementation of the political roadmap in Libya. He added that it will also discuss holding the December elections as scheduled, according to the UN Media Center.

The Conference will be attended by the foreign ministers of countries concerned with the Libyan crisis and representatives of Libya’s interim government, along with the UN undersecretary.
It is aimed at assessing the progress achieved on the political, economic, and security tracks in Libya, Dujarric added.

Deputy Libyan Permanent Representative to the United Nations, Mousa Al-Sharaa stated during the 32nd United Nations Convention Against Corruption that over the past decade, Libya’s wealth has been stolen, and certain foreign countries interfered in its internal affairs total control of Libyan resources.

Al-Sharaa added that is why recovering smuggled Libyan money is a top priority of the Libyan Government of National Unity (GNU). The Ambassador also pointed out that no matter how large national efforts were, they must be supported by the international community.

Guterres addressed the Security Council on 7 April, “the observers will deploy to Sirte once all the requirements for the permanent presence of the United Nations are met, including security, logistical, medical, and operational aspects. In the meantime, there will be a presence in Tripoli as soon as circumstances permit.”

UNSC strongly urged all states to respect and support the ceasefire by withdrawing all foreign forces and mercenaries from Libya “without delay,” and demanded the full compliance of the arms embargo imposed on Libya.