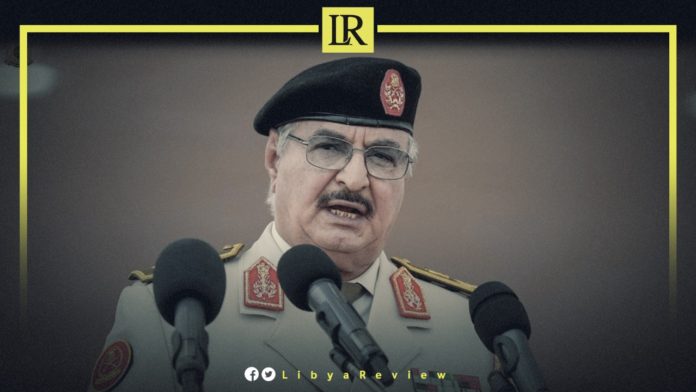 On Monday, Field Marshal Khalifa Haftar, Commander-in-Chief of the Libyan National Army (LNA), reshuffled a number of senior military commanders and heads of military zones, on the occasion of the 81st anniversary of the founding of the National Army on 10 August, in the Abu Rawash area west of the Egyptian capital, Cairo.

According to the decisions, Lieutenant-General Abdullah Al-Thinni, the former Prime Minister of the Libyan Interim Government, was assigned to head the political administration of the armed forces, and Major General Hashem Burqa’a Al-Kazah was assigned as Commander of the Tobruk Military Zone.

Haftar also decided to reorganise the Greater Sirte Operations Room, and assign Major General Ahmed Salem as its Commander. He also promoted Major General Mohamed Al-Manfour to the rank of Lieutenant-General and appointed him as Chief of Staff of the Libyan Air Force.