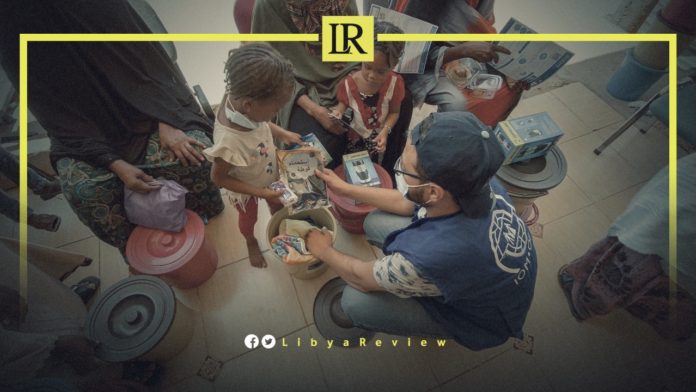 On Wednesday, the International Organization of Migration (IOM) announced that it has supported 121 migrants in Sebha this week, with hygiene kits and other core relief items.

In a tweet, the IOM added that the migrants also took part in an awareness-raising session on the risks of irregular migration, and that 15 migrants with health issues received consultations, and treatment.

It confirmed on Monday, that more than 20,000 migrants were rescued and returned to Libya in 2021.

A total of 20,257 refugees have been returned to Libya in 2021 so far, compared to the significantly lower number of 11,891 who were intercepted at sea last year.

It noted that at least 380 migrants have died this year while trying to cross the sea route to Europe, while 629 remain missing.

“In 2020, some 381 people lost their lives on the central Mediterranean, and 597 more were reported missing,” according to the IOM.

The central Mediterranean route between Libya and Italy is one of the deadliest routes for migrants attempting to reach Europe. Last month, at least 57 migrants died, and 18 migrants were rescued after a boat capsized off the Libyan coast.