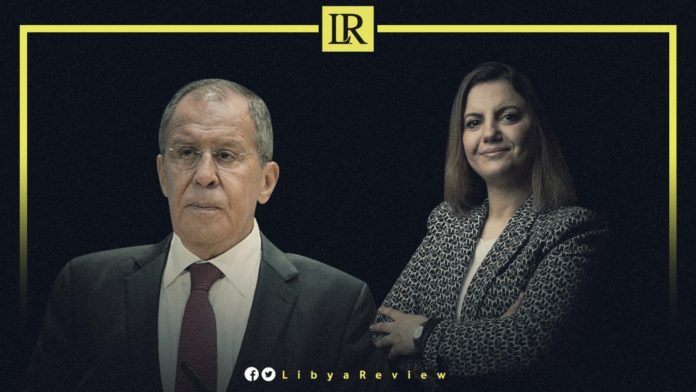 Libyan Foreign Minister, Najla Al-Mangoush is set to hold talks with her Russian counterpart, Sergey Lavrov on Thursday in Moscow, the Russian Foreign Ministry said in a statement on Wednesday.

“The ministers will discuss the current situation in Libya, including ways to achieve its comprehensive normalization in light of the collective effort made to move the inter-Libyan negotiating process forwards,” the ministry stressed.

“We view Al-Mangoush’s upcoming visit to Moscow as an important step in ramping up our constructive cooperation with Libya,” it added.

The FM’s are also expected to exchange views on a broad range of bilateral and international issues, including the situation in the Middle East and North Africa.

Libya’s interim Government of National Unity (GNU), headed by Prime Minister Abdel-Hamid Dbaiba, came into being in March, replacing two rival administrations — one based in Tripoli and the other in the country’s east.

Both outgoing administrations gave their support to the GNU, which is mandated to lead the country until elections in December.

The establishment of the new government has generated cautious hope that the country can move beyond the conflict and chaos that has entrapped it, since the overthrow and killing of longtime leader Muammer Gaddafi in 2011.

The continued presence of foreign fighters and Syrian mercenaries, estimated by the UN to be as high as 20,000, is widely perceived as a threat to the transitional process.