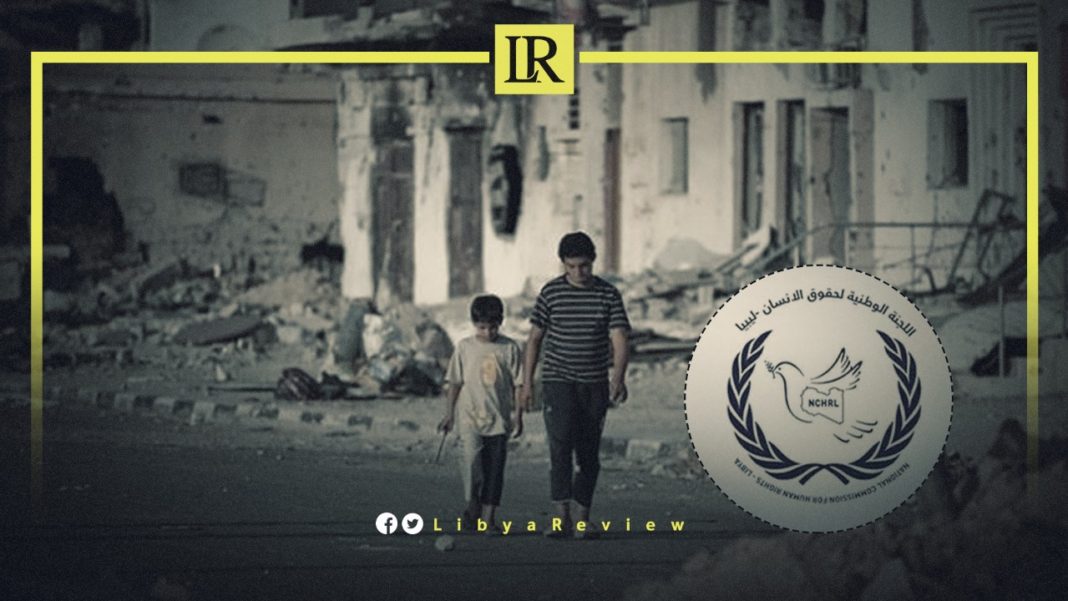 On Thursday, the National Commission for Human Rights in Libya (NCHRL) said that there are more than half a million people in the cities of Tripoli, Sirte, Benghazi, Al-Jabal Al-Gharbi, Tarhuna, Ghat and Marj that are in dire need of emergency humanitarian and health aid.

In a statement, on the occasion of World Humanitarian Day, the commission said that this anniversary comes at an exceptional time in light of the direct repercussions of climate change. As well as adding that the spread of COVID-19 has exacerbated the humanitarian needs in Libya, and complicated the return of internally displaced persons to their homes.

The commission stated that the number of people affected by armed conflicts and the humanitarian crisis in the country has reached unprecedented levels since 2011. According to the NCHRL, there are more than two million people in need of emergency humanitarian and relief assistance across the North African country.

The commission also urged the Libyan people to show a spirit of solidarity with workers in the humanitarian, medical, and relief fields, reiterating its call on all Libyan parties to stop attacks and aggressive acts against aid workers in the country.

It also called on the Presidential Council and the Government of National Unity (GNU) to support the efforts of national organisations and institutions concerned with humanitarian affairs, and work on seriously lifting administrative restrictions on the movement of humanitarian workers and materials in Libya.

Since 2011, escalating armed conflicts civil unrest, and political instability in Libya have adversely affected an estimated 2.4 million people—approximately 40% of the population—and internally displaced more than 484,000 people.
An estimated 47% of displaced persons have since returned to their homes.

Conflict and poor economic conditions continue to drive displacement and humanitarian needs, while Libya’s public infrastructure has sustained substantial damage and the country’s economy has collapsed, leading to shortages of basic household goods. Healthcare services in particular, have been adversely affected, with a substantial proportion of health facilities only partially operational or completely closed. Although local and international humanitarian stakeholders continue to implement emergency relief operations, humanitarian access is limited in many areas due to the conflict.

Given these conditions, hundreds of thousands of Libyan civilians do not have access to basic services, including life-saving healthcare, food, safe drinking water, and shelter.