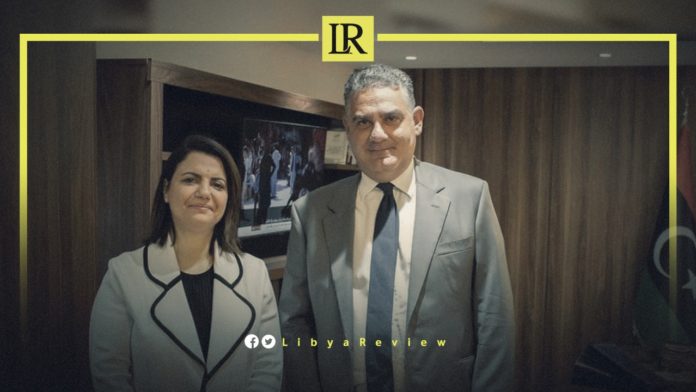 On Tuesday, Libyan Minister of Foreign Affairs, Najla Al-Mangoush held a meeting with the Chargé d’Affairs of the Greek Embassy in Libya, Ioannis Stamatikos, in Tripoli.

During the talks, Stamatikos said that the embassy will soon begin issuing visas to Libyan applicants.

“Libya is a neighbouring country, with which we have always had a wide range of cooperation: economic, trade, defence and even cultural,” he noted

The two officials stressed the depth of the existing cooperation between Libya and Greece, and discussed ways to further strengthen and develop them.