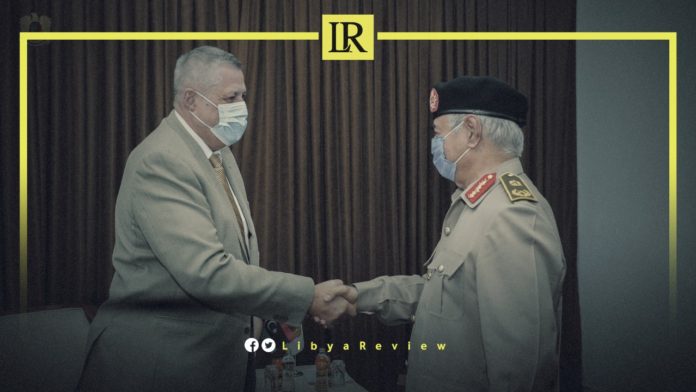 The Commander-in-Chief of the Libyan National Army (LNA), Field Marshal Khalifa Haftar, met with the Head of United Nations Support Mission in Libya (UNSMIL), Ján Kubiš, in the city of Ar Rajma.

Earlier, Kubiš met with Interior Minister, Khaled Mazen, and discussed the results of his recent visit to Tunisia, in addition to the file of securing the upcoming elections.

Mazen reviewed the role of the Ministry of Interior with regard to securing polling stations and all participants in this event to ensure its success.

Regarding the migration file, the Minister stressed its importance as a humanitarian file, confirming that the Ministry of Interior, despite the difficulties, provided the necessary support to the Anti-Illegal Migration Authority.

For his part, Kubiš praised the Ministry’s efforts and the cooperation with the mission in the international security fields.