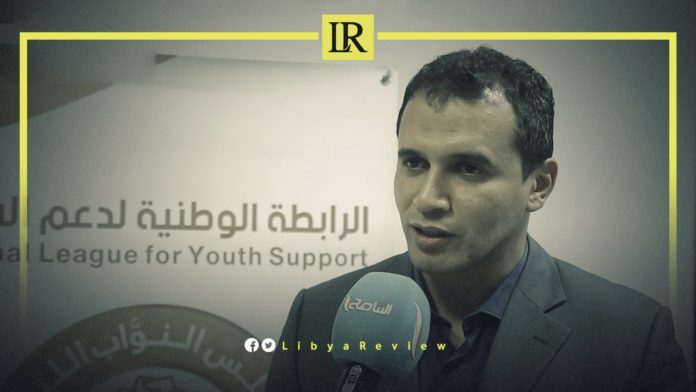 On Wednesday, the United Nations Support Mission in Libyan (UNSMIL) expressed its concern about the safety and security of kidnapped activist Emad Al-Harati, Director of Libya’s National Youth League (NYL).

Al-Harati was reportedly kidnapped by unknown armed men from his office in Tripoli on Sunday. This was following his call for peaceful demonstrations in support of elections on 24 December. His whereabouts remain unknown.

This came a few hours after the association and its secretary announced a call to hold a sit-in in front of the High National Election Commission (HNEC). In order to demand that Libya’s elections be held on time at the end of the year.

UNSMIL called for Al-Harati’s immediate release, and for a prompt and thorough investigation into his kidnapping.

It reiterated that the rights to freedom of expression and assembly are fundamental, and protected under national and international law.

Earlier this week, the NYL issued a call to hold a sit-in in front of the High National Election Commission (HNEC). In order to demand that Libya’s elections be held on time at the end of the year.

“The association announces that it is organising a stand to demand the parliamentary and presidential elections take place on the scheduled date, 24 December, in front of HNEC at noon on Tuesday. Let the youth and people elect who they want,” it said.

The association claimed it was holding the security services in Tripoli responsible for the safety of Al-Harati.

Notably, Libya’s elections are set to be held in December, as agreed upon in a UN-brokered deal last October.

The current interim government led by Prime Minister, Abdel-Hamid Dbaiba said that it is ready to hold the elections on time. However, some reported claim that the PM is seeking to remain in office, and postpone the elections.