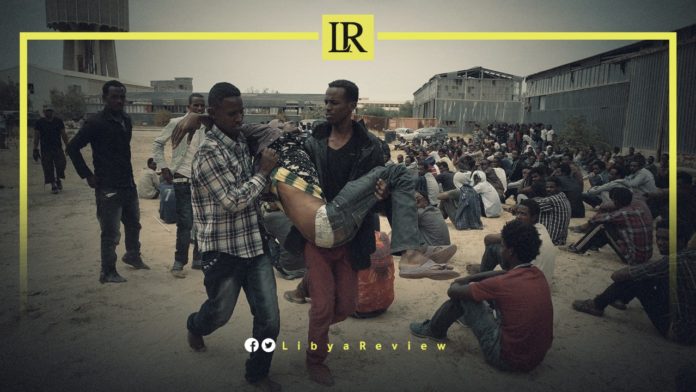 On Saturday, the Reform and Rehabilitation institution of Ain Zara, located in southern Tripoli, announced the repatriation of a number of migrants, as part of a voluntary deportation programme.

In a statement, the institution explained that the deportation process included 9 inmates of Egyptian nationality, and 4 inmates of Sudanese nationality, who were deported through the Mitiga International Airport port.

The repatriation of those migrants comes amid severe international criticism against the background of reports of abuses and violations committed by the Libyan authorities against immigrants and the suspension of voluntary deportation programme organised by the United Nations High Commissioner for Refugees (UNHCR).

The Voluntary Humanitarian Return program, run by the International Organization for Migration (IOM), arranges the return of immigrants stranded in Libya to their homeland.

According to the IOM, more than 18,000 immigrants have been rescued at sea and returned to Libya so far in 2021.

Thousands have recently been detained in the most inhumane way, thousands crammed into hot and dirty jails without food, water and shelter. The refugees that were detained include many women and children.

Armed forces in Tripoli began a series of mass arrests a week ago, detaining more than 5,000 people in overcrowded detention centres as aid and rights groups voiced alarm.

On Friday, guards in a centre killed at least 6 migrants there as the overcrowding led to chaos, the IOM said.

The UNHCR said it was trying to help people waiting at the centre and urged crowds there to disperse so it could assist the most vulnerable. It added it was ready to assist with humanitarian flights out of Libya.