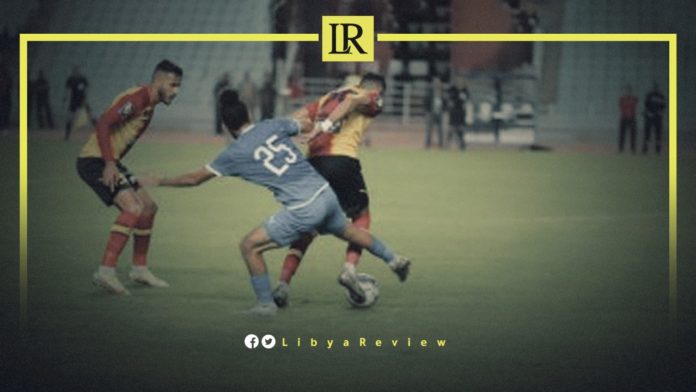 Al-Ittihad, the Libyan League champions have been eliminated from the 2021–22 CAF Champions League competitions after losing to rivals, Espérance Sportive de Tunis (ES Tunis) 1-0 in the first leg of the 32nd round.

Despite the Esperance win, the Libyan defence tormented their hosts, who failed to establish goal-scoring opportunities in the first half.

Subsequently, Esperance pressed hard for a goal until a corner kick by Nassim Ben Khalifa in the 64th minute ultimately broke the deadlock.

The referee handed a red card to Al-Ittihad goalkeeper, Moaz Al-Lafi in the 74th minute for his harsh interference on Tunisian player, Hamdo Al-Huni who had to leave the field due to injuries.

With Al-Ittihad’s net left without a keeper, Esperance attempted to extend their lead, but all attempts failed.

Al-Ittihad will exit the African Champions League and enter the African Confederation Cup’s 32nd round, which will be drawn next Tuesday.

The 57-year old coach had previously led Hungary’s Honved, and Greece’s Levadeiakos and finally lands on the African continent to lead the reigning Libyan champions. Al-Ittihad holds the national record, with 16 victories in the Libyan Premier League.