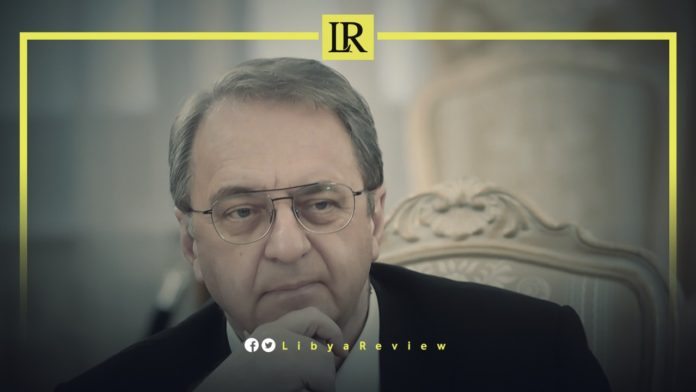 On Wednesday, the Russia Foreign Ministry issued a statement on the meeting between the Russian President’s Special Envoy for the Middle East and Africa, Mikhail Bogdanov and the Egyptian Ambassador, Ihab Nasr.

“During the meeting, views were exchanged in detail on urgent issues related to developments in the Middle East and North Africa, with a focus on the situation in Sudan and Libya,” the Russia Foreign Ministry stated.

Notably, Major General, Khaled Al-Mahjoub, the Director of the Moral Guidance Department of the Libyan National Army (LNA) announced that the Joint Military Commission (JMC) will hold a closed-circuit meeting on Wednesday, to prepare for an upcoming meeting in Cairo.

Recently, the Libyan Minister of Oil and Gas, Mohamed Aoun held a meeting with government officials to discuss preparations for resuming the Libyan-Russian Joint Committee.